What Does it Take to Ensure Maternal Health Around the World?

If you were an expectant mother, how would you stay strong in the face of a lack of resources and access to proper care? That was the questions on my mind last Monday, April 16, when I attended a screening of Christy Turlington Burns’s documentary “No Woman, No Cry,” along with Opportunity International supporters and several of my colleagues. Burns’s film–part of the Every Mother Counts campaign, screened on Monday in partnership with Lifeway Foods, Inc. – highlights the complex barriers that prevent women all over the world from accessing quality maternal and reproductive healthcare services. It shared the stories of at-risk pregnancies in four very different parts of the world, ranging from a Maasai tribe in Tanzania, to Guatemala, to clinics and birthing centers in the United States, and to a slum in Bangladesh. 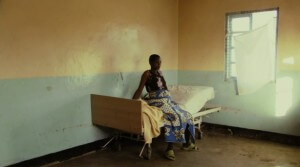 What was so powerful was that we see the urgency of this global issue through the eyes of expectant mothers. While the circumstances of each story were unique, every woman struggled to receive the necessary quality care putting them, their unborn children, their families, and their communities at risk. They faced shame and stigma, were unable to afford the costs of care, navigated emotional loss, suffered unsafe abortions to avoid harsh penalties, struggled to find a safe place to give birth, and the list continues. However, despite the pain and difficulties, these women showed immense strength in the face of their struggle.

I am not a mother but one day I hope to be. While watching this film, I was having trouble putting myself in any of these situations. It was not that I didn’t want to, it was that I could not imagine harnessing the strength embodied by a woman like Janet from Tanzania as she walked over five miles to a clinic while enduring labor pains, only to be turned away because they were not equipped to handle the situation.

As the film ended I realized that these women’s strength was not a choice; it was not an option. It was a survival mechanism. They were fighting for their lives and the lives of their children. As Burns stated in her Q&A on everymothercounts.org, endless strength becomes necessary, “as they’ve yet to be empowered by their societies to claim their basic human reproductive rights of safe pregnancy.” These women fight to overcome immovable barriers. What does it take to secure the health and safety of women and mothers around the world? What are we willing to do to help?

Previous Article
For Mothers Like Adwoa, Opportunity Changes Everything
Back to Blog
Next Article
Opportunity Mozambique is “Empowering Girls, Building the Future”