Congratulations to President Ellen Johnson Sirleaf, One of the Winners of 2011 Nobel Peace Prize

Congratulations to President Ellen Johnson Sirleaf of Liberia, winner of the 2011 Nobel Peace Prize along with Liberian peace activist Leymah Gboweeh and Yemeni pro-democracy human rights campaigner Tawakkol Karman. They were the first women to be awarded the Nobel Peace Prize since Professor Wangari Maathai, who passed away a couple weeks ago, won in 2004. It was awarded to them in acknowledgment of their non-violent struggle for the safety of women and for women’s rights to full participation promoting peace, democracy and gender equality. 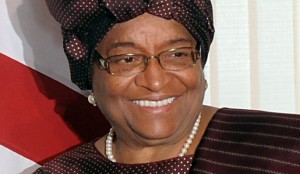 “We cannot achieve democracy and lasting peace in the world unless women obtain the same opportunities as men to influence developments at all levels of society,” said a statement read by Thorbjorn Jagland, a former Norwegian prime minister who heads the Oslo-based Nobel committee. In a subsequent interview, The New York Times reports, Jagland described the prize as “a very important signal to women all over the world” [...] recognizing those “who were there long before the world’s media was there reporting.”

President Ellen Johnson Sirleaf was the first democratically elected female president in modern Africa. In 2008, Opportunity International's Women’s Opportunity Network (WON) honored President Sirleaf with the International Women’s Leadership Award in recognition of her distinguished career over four decades of fighting for freedom, justice and equality both in the private and public domain of Liberia and internationally.

In a Friday interview in Monrovia with the media outlet Voice of America, President Sirleaf said, “I’m very excited. I’m very thankful. And I’m also humbled to have this award. I believe it is recognition of my many years of struggle. But I also believe it is recognition of the Liberian people’s quest for peace. And the fact that the past eight years they have all collectively maintained the peace.” President Sirleaf said that she and Ms. Gbowee accepted “this honor on behalf of the Liberian people, and the credit goes to them. [...] We particularly give this credit to Liberian women, who have consistently led the struggle for peace, even under conditions of neglect.”

At Opportunity, we offer our congratulations to 2011 Nobel Peace Prize winners President Sirleaf, Leymah Gboweeh and Tawakkol Karman. What a triumph for all champions of peace and human rights everywhere.

Previous Article
What We’re Watching: Banking on Education Video by Students of the World at CGI 2011
Back to Blog
Next Article
Opportunity Implementing Member ASKI in the Philippines Wins SIPAG Award, Donates Prize to Local Typhoon Victims