Opportunity International announced today that it had divested its majority stake in microinsurance organization MicroEnsure. This will bring additional capital and relationships in order to scale the successful MicroEnsure microinsurance model to serve even more clients in poverty with crop, health, life and property insurance products. 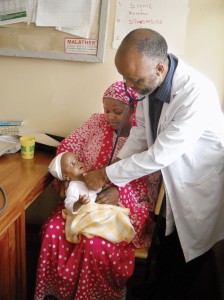 In conjunction with this investment, MicroEnsure has established a joint venture with the Telenor Group, a provider of tele, data and media communications in 11 developing countries. Telenor serves more than 149 million mobile subscribers across Asia and Europe. The new joint venture called “MicroEnsure Asia” promises to become a leading provider of insurance to the mass market in Asia and Eastern Europe.

The award-winning MicroEnsure was recognized with the Financial Times/IFC Sustainable Finance Award in 2009 and 2011. In the past five years, MicroEnsure has grown rapidly thanks in part to generous support from the Bill & Melinda Gates Foundation.

“While we are proud to have launched such an impactful organization, we are more proud to further infuse MicroEnsure with valuable resources and then step aside so the company can grow fast and serve exponentially more families in need,” said Vicki Escarra, CEO of Opportunity International-US.

Richard Leftley, CEO of MicroEnsure, said, “MicroEnsure is excited to have Omidyar Network and IFC join us as shareholders and the Telenor Group as a joint venture partner. With access to the right capital and customer base that these partners bring, we are looking forward to serving many millions of low- and middle-income clients globally.”

Previous Article
What We’re Reading: Council on Foreign Relations, “Five Development Innovations to Watch in 2013″
Back to Blog
Next Article
“The Chronicle of Philanthropy” Spotlights Opportunity International as an Innovative Nonprofit