Revisiting one of the Book Club’s favorite authors 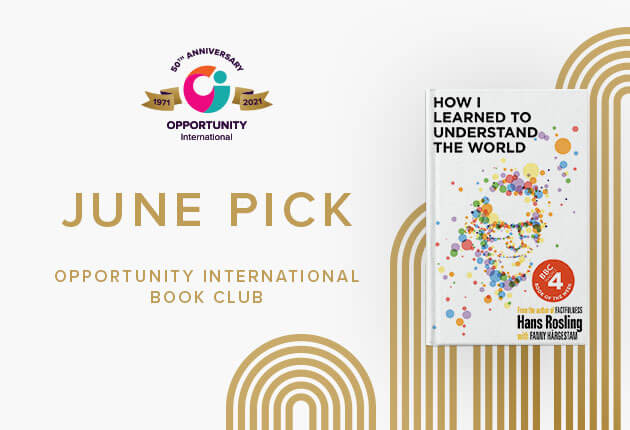 “This is a book that contains very few numbers,” said Hans Rosling of his memoir. “Instead, it is about meeting people who have opened my eyes.”

Rosling, a world-renowned physician and data analyst, authored one of our most popular book club picks ever (June 2018), Factfulness. So when his family released his posthumous memoir earlier this spring, we couldn’t wait to get our hands on it.

This month, join us as we read How I Learned to Understand the World by Hans Rosling, with Fanny Härgestam.

In this memoir, Rosling traces his childhood, his family’s history, and his remarkable experiences working in remote regions of Mozambique—chronicling how he came to understand the world. He describes his transformation from clinical practitioner to researcher and academic; and he dives into the difficult choices he had to make as a physician—and, later, a public health expert—in regions without adequate medical care.

“This is a book that contains very few numbers,” said Rosling. “Instead, it is about meeting people who have opened my eyes.”

Traveling from remote villages in Mozambique in the late 1970s (where Opportunity International still works today), to the World Economic Forum in Davos, Switzerland, to his grandparent’s small home in Sweden, to the height of the Ebola epidemic in Liberia, Rosling takes readers around the world and back in time to better understand some of the world’s biggest challenges—and recognize just how far we’ve already come.

We can’t wait to read Rosling’s story with you!