What are we reading? This exciting list, of course! Our incoming CEO, Vicki Escarra, as president and CEO of Feeding America, built that nonprofit into a $1.2 billion organization during a time when more Americans than ever were suffering from hunger and food insecurity. In honor of her outstanding work, she’s been named one of The Non-Profit Times‘s Power & Influence Top 50 of 2012, alongside the likes of Bill Gates; the CEOs of United Way, Do Something, Girl Scouts of America, American Cancer Society; and the manager behind social media at American Red Cross, just to name a few. 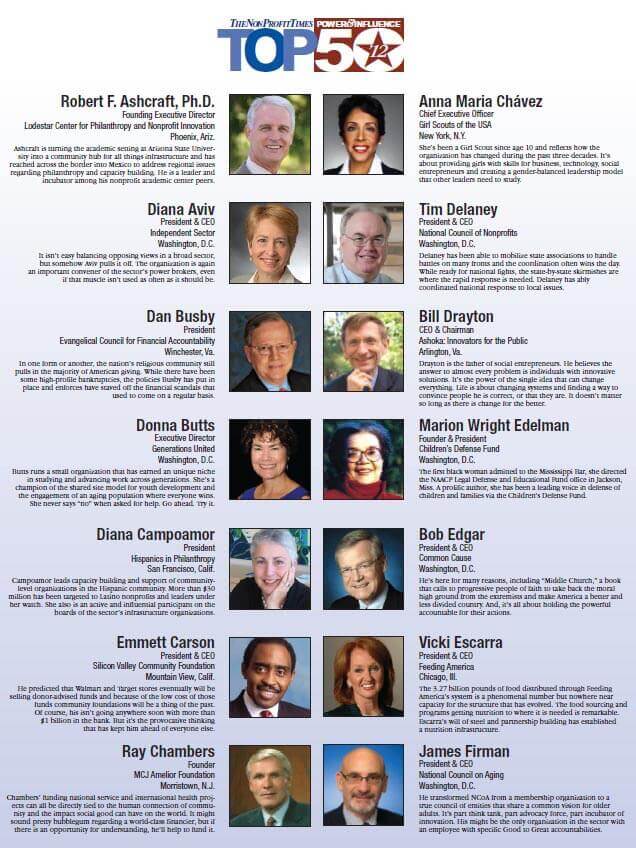 Here is what the article said about the nonprofits on the list and Vicki’s work in particular:

"[...] nonprofits continue to answer the call in times of crisis, such as when heavy storms knocked out power to hundreds of thousands of homes earlier this summer. It was Vicki Escarra’s Feeding America affiliate food banks that coordinated delivery of vital supplies to places like West Virginia, Ohio and New Jersey."

Congratulations to Vicki and all the outstanding leaders on this list! Read the article and see a portion of the list in the image to the right.

Previous Article
What We’re Pinning: Our Top Picks This Week on Pinterest
Back to Blog
Next Article
Equipping a Community for Future Success in Kyenjojo, Uganda