Evangelism is More Than Words

The following post was written by Bob Lupton–a community developer, entrepreneur, and a member of the Board of Directors for Opportunity’s Nicaragua Community Economic Development Project–who brings together communities of resource with communities of need. He’s the founder of the nonprofit FCS Urban Ministries and in the past 40 years has developed housing, congregations, and a number of businesses for hundreds of families, initiating a wide range of human services in inner-city Atlanta. Bob is the author of five books; the most recent is the widely read Toxic Charity. He has a Ph.D. in psychology from the University of Georgia.

I had done my best to explain to a church group the difference between serving and partnering. I had described how developing the poor requires an entirely different strategy from traditional service methods that “do for” those in need. I explained that when you do for people what they have the capacity to do for themselves, you actually weaken rather than strengthen them. I gave practical examples of how lending and investing, how sharing technological knowledge and connecting isolated people with new markets, has enabled whole villages to emerge from poverty. I told them that if we measured actual outcomes rather than merely activities we would have a much better gauge for the effectiveness of our missions. 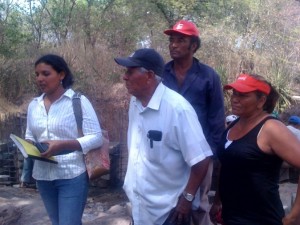 Then it was Q-&-A time. “I see what you are saying about developing the poor,” the first pushback came, “but how do you bring the Gospel into this?” I understood the question. It came from the familiar evangelical premise that the most loving thing we can do for the poor (for anyone) is to share the Gospel with them. The soul is eternal while the body is only temporal. Eternal salvation, then, is the primary concern to God. Evangelism, not economic development, should be the primary task of missions. Right?

It was an honest question, one that deserved a reasoned response.

Four decades of living among marginalized people has expanded my early understanding of the Gospel. The Good News, I have come to believe, is about more than individual salvation. It includes personal salvation, to be sure, but it also involves the transformation of fragmented communities, of unjust institutions, of oppressive systems. The Gospel is Good News for the whole of creation. Even the environment. It is about Shalom, well-being, a prevailing peace.

There may be good reason why the Great Commission to “preach the Gospel to every nation” was preceded by the earlier (and much ignored) New Command “to love each other as I have loved you.” This prior command–Christ’s parting words on His last night with His disciples–would be the validating evidence of His divinity and the identifying mark of His followers. Without this visible demonstration of self-sacrificing unity, Christ’s deity as well as the authenticity of those who claim to follow Him would be questionable. This is more than rhetoric. Dis-unity actually eviscerates the power of the message.

I see the Gospel undermined by aggressive evangelizers who blitz inner-city neighborhoods, collecting decision cards, never bothering to meet, even acknowledge, the saints who populate these very streets. I see affluent (naïve though very sincere) young people who fly into impoverished lands to “lead the lost to Christ,” never imagining that God already may be powerfully at work among His destitute people. I see how denominations set up competing congregations in the same villages, promoting member loyalty by devaluing, even “un-Christianizing,” other groups of believers. Evangelism that does not flow from the New Command may actually do more to thwart the purposes of the Kingdom than to advance it.

And so, my response to the inquirer? Step one: begin by identifying the saints–all the saints, not just those of my political persuasion or theological stripe–and discover how God is at work in their lives. What I will likely discover is that the body of Christ is already embedded within most cultures, badly broken perhaps, but clearly present. Pentecostals judging Baptists, Evangelicals de-Christianizing Catholics, believers split along doctrinal and political fault lines. To plant a new church would fragment them all the more. The best Good News for a fractured society is the Great Command (love God and neighbor) championed by serious devotees to the New Command (love each other). The Great Commission (proclamation) is a predictable outcome, a by-product, not an end in itself. Skipping over the two bedrock Commands on the way to fulfilling the Great Commission is like erecting houses without foundations.

Thus, Christian community development work begins where people are, with their felt needs, the issues of greatest concern to the whole village–like clean drinking water, for example. A well may be a real need but it could be quite expensive and very labor intensive. It would involve more than merely drilling a hole in the ground. An adequate aqueduct system to serve 250 homes scattered across many acres would require a pumping station, a water tower, thousands of meters of pipe. The community must decide if this indeed is their top priority. If it is, community development principles require that local residents first be investors with cash, not just labor. That means fundraisers and family contributions. A water commission must be formed to manage both water flow and cash flow. A project management team must be assembled. There are trenches to dig, pipes to lay, materials to be stored and guarded, food to be prepared. It is a project that requires the participation of every household who wishes to have fresh water flowing to their home. And, of course, nearly everyone does. In the process, neighbors join hands across barriers that have divided them, perhaps for generations. Labels are set aside as needed talents are identified and put to use. Devout church-goers and neighbors with no expressed faith sweat together in the sweltering sun and take breaks together under the shade of mango trees. It is an important community development project that greatly improves the quality of life in the village, and increases the skills and leadership capacities of villagers. But it is more. It is a unifying effort that brings estranged believers into relationship with each other.

It happened just this way in rural Nicaragua. When villagers observed their neighbor Anita, a Catholic and an outspoken member of the Sandinista socialist party, working closely with Don Blas, an elder Baptist pastor and loyal member of the conservative party, eyebrows raised. Two saints, staunch political adversaries, separated by theologies that view the other as heretics, teamed up to bring water to their village–it was enough to stir curiosity in the conversations of their community. But when neighbors saw their relationship deepen and smiles and hugs of genuine affection exchange between the two, hearts were melted.

“By this shall all men know that you are my disciples…” When the followers of Jesus set aside differences, even deeply held ones, to demonstrate care for their neighbors (like providing water), such behaviors become visible. “Father, make them one so that the world will know that you sent me…” When the followers of Jesus yield not only personal preferences, but suspend deeply held convictions in deference to one another, a witness of powerful impact is unleashed.

And so to my questioner who asks, “How do you bring the Gospel into this work?” I answer: begin with the fundamentals. The Great Command and the New Command will take you where you need to go. As St. Francis of Assisi said, “Preach the Gospel always and use words when necessary.”

Previous Article
To Nurture the Freedoms of People
Back to Blog
Next Article
Opportunity UK’s Lydia Baffour Awuah Will Be Olympic Torchbearer Tomorrow!