If you’re looking for a summer read that inspires, Roger Thurow just released his new book, The Last Hunger Season: A Year in an African Farm Community on the Brink of Change. 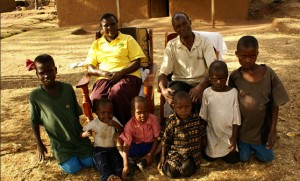 The Last Hunger Season gives you a look into the lives of four smallholder farming families in western Kenya as they work to move from subsistence farming to sustainable farming, from farming-to-live to farming to make a living, all through agricultural development on one acre of land each. It also tells the story of strong, empowered women striving to feed their families and provide the best education possible for their children. The daily dramas of the farmers’ lives unfold amid growing awareness that to feed the world’s increasing population, food production must double by 2050. It’s a narrative of struggle, resilience and, ultimately, success. And if they succeed, says Thurow, “so might humanity.”

In a recent post on The Chicago Council on Global Affairs‘ Global Food for Thought blog, Thurow illustrates the struggle of subsistence farmers, especially women, in Africa. He writes:

"It is the goal of mothers everywhere to provide their children with proper daily nourishment and to educate them as best as possible. In the U.S. and other rich precincts of the world, the AND in that sentence is taken for granted. But for many smallholder farmers in Africa, that three-letter word is nowhere to be found. Instead, they are stuck with an even tinier word: OR. Feed my children OR send them to school. Often, they can do one OR the other. Often, they can’t do either." 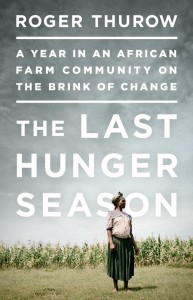 Thurow is Senior Fellow on Global Agriculture and Food Policy at The Chicago Council. Before joining the Council, he spent three decades as a columnist at The Wall Street Journal and he is co-author of the 2009 book ENOUGH: Why the World’s Poorest Starve in an Age of Plenty. In 2003, he and Journal colleague and Enough co-author Scott Kilman wrote a series of stories on famine in Africa that was a finalist for the Pulitzer Prize in International Reporting. He has spoken about hunger and food security at several past Opportunity events, including the fall 2010 Opportunity Microfinance Conference.

In announcing the launch of The Last Hunger Season to his colleagues, Thurow writes, “I know we all share the passion for ending hunger through agricultural development, and we all know the great potential and vital importance of Africa’s smallholder farmers. That’s why I wrote this book, to tell the stories of smallholder farmers in an intimate and dramatic narrative. My hope is to raise the clamor and spread the word to a wider audience, to fuel popular awareness and action, to captivate and motivate readers to keep agricultural development and ending hunger high on the global policy agenda.”

At Opportunity, we’re working to empower African farmers with the financial and strategic tools they need to grow more food to feed their families and their communities. And in light of President Obama’s recent announcement ahead of the G8 of a new partnership around food security, we’re even more eager to read Thurow’s stories and get to know the families in his book.

You can learn more about the book on thelasthungerseason.com, and it’s available for purchase on Amazon.

Previous Article
Remembering All Heroes Who Fight for a Cause Greater Than Themselves
Back to Blog
Next Article
Up Close and Personal: A Firsthand Look at an Insight Trip to Colombia