Empowering women and improving her community in Blantyre, MalawiMary Mapepa 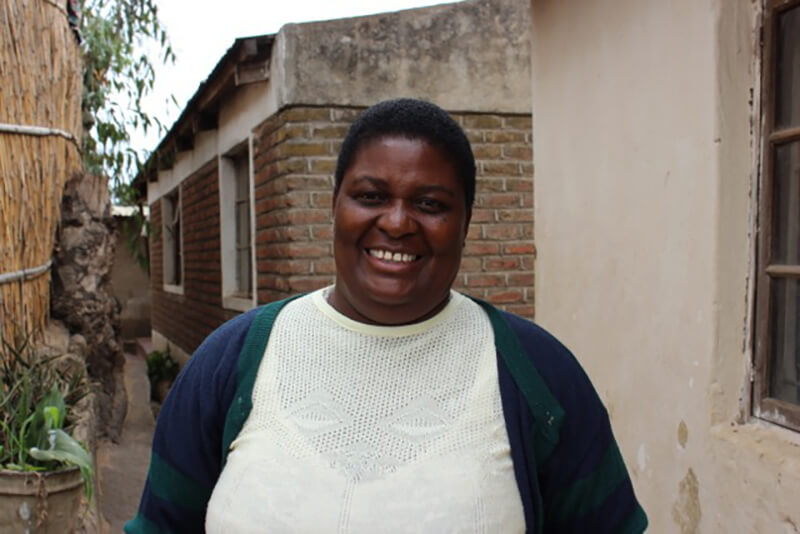 Mary Mapepa’s greatest dream is to leave a legacy.

After her parents separated when she was a child, she was forced to drop out of school in seventh grade because her family could no longer afford school fees, which totaled about fifty cents per term. Despite being restricted, Mary felt that she could assist and contribute even though she didn’t finish school. Without a formal education, Mary began her adult life, getting married and raising five children.

Her husband works for the Blantyre City Assembly, but Mary knew that to give her kids the education that she didn’t have, she should work to supplement the family income. She began her first business selling dried fish in her community outside of Blantyre, Malawi. Soon, she expanded beyond fish and began selling drop scones as well, hiring a couple of boys from the community to carry and sell the treats around town. Unfortunately, the boys began stealing from her, so she knew she needed a new strategy.

In 2004, Mary received her first loan from Opportunity International and used it to invest in her fledgling businesses. She purchased fabric in bulk, and began selling it alongside the food. And soon, she began brewing and selling sweet beer, a local drink made from maize flour and sugar, as well.

Her fabric business began to grow in earnest when she developed a relationship with a group of nuns in the area who purchased from her regularly for all of their needs. This ongoing relationship gave her consistent business and the freedom to focus her attention on her many other responsibilities.

Mary gets so animated when she talks about her involvement with St. Johns Ambulance – an NGO that she joined in 2005. The group does antenatal clinics in the area, serves malnourished children, teaches family planning and conducts safe motherhood. As a volunteer, Mary participates in all of these activities, and recently has been educated to train women about safe motherhood – particularly focused on caring for premature babies and advocating for skin-to-skin “kangaroo” motherhood.

The organization trains its volunteers to serve as community health advocates in the areas in which they live through sessions every three months. Mary took full control of her role, and was named the best volunteer of the year in both 2009 and 2014. 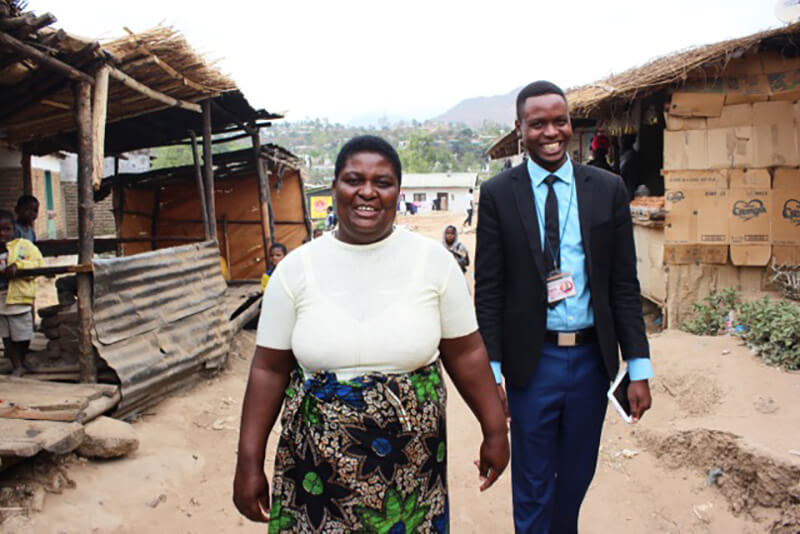 In addition to her role with St. Johns, Mary serves as church elder. And because she cares so deeply about other women in her community, she has taken her role to the next level. When she learns about women in the choir or Women’s Guild who cannot afford to purchase their uniforms, she personally buys them for them so that they can still participate and feel empowered in roles of leadership. She also began leading one-woman plays and stand-up comedy acts at church and in the neighborhood to educate women about hygiene.

Through her church, Mary also became involved with an orphanage that the church operates. The orphan care center houses 235 children, and Mary serves as the overseer and advisor for the whole operation, responsible for managing and training the women who work in the orphanage full-time. She uses her community health training to educate the orphanage on illnesses like diarrhea and malaria, and how to identify health risks among the children.

As if Mary wasn’t involved enough in her community, she also began serving as a community volunteer for Opportunity International. Mary was so thankful and positive about her experiences banking with Opportunity that she was bursting at the seams to tell her neighbors about it. Because of her passion for educating and empowering other women, she soon began rallying women together to form their own Trust Groups so that they could access loans and grow their small businesses. For a short period of time, Opportunity brought Mary on as an official Product Ambassador, but even when the program ended, Mary kept on recruiting women and facilitating new groups.

To date, Mary has personally started over 120 Trust Groups on behalf of Opportunity International.

In 2014, Opportunity named Mary the volunteer of the year, largely because of her care for her community. She doesn’t just start groups, she follows up with them, assisting relationship officers in loan payment recovery and using her own air time to gather groups when members are defaulting. She uses her many volunteer responsibilities to help one another – teaching Opportunity trust group members about community health, and recruiting patients and new mothers she visits in the hospital on behalf of St. Johns to Opportunity. Because she is permanently ingrained in the community, she is well-suited to help Opportunity deal with troublesome clients and enforce payments.

In Mary’s words, “I feel called to serve. God showed me that what I can do best is to serve others.”

Mary took her volunteer responsibilities as a chance to grow her businesses as well. Each day, when she goes out to visit the hospital or talk to Trust Groups or work at the orphanage, she carries her sweet beer with her, selling is as she goes. She is able to reach many more customers, simply by going about her daily routine.

With some of her savings, Mary has begun purchasing houses that she intends to give to her children as their inheritance. Currently, she is renting the four houses she has built so far. She recently purchased 64 iron sheets that she will use to reinforce the houses, making them even nicer.

Not everything in Mary’s life has been easy. Two of her children consistently got into trouble, eventually getting arrested. Mary used support from Opportunity to help resettle them in Cape Town, South Africa, where jobs are more readily available. With jobs to occupy their time, Mary’s sons are now behaving well and thriving.

With her most recent loan of 200,000 kwacha, she purchased living room furniture for her home. She also has invested in a two-acre farm where she grows food for consumption, but because of her big heart for others, she also gives some of it away to those who are hungry. 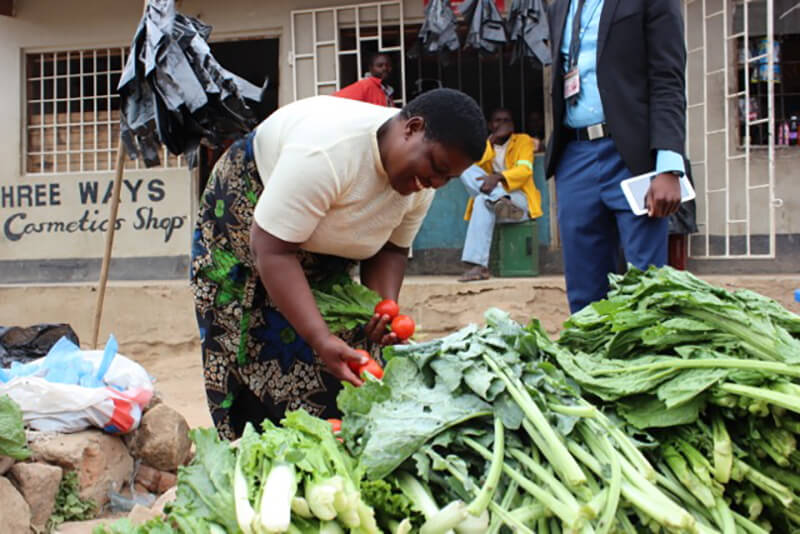 Most of all, Mary is proud. She says, “I am able to care for myself and my family because of Opportunity. When a woman is supported she is able to take care of her family. She doesn’t need to rely on her husband.”

Now, Mary is focused on the future. She wants to be empowered with all the resources necessary to form very good groups on behalf of Opportunity. She wants to access bigger loans than ever. And she wants to do something that no one else has ever done in her community – being able to testify that she has done big things with Opportunity. As Mary knows from personal experience, education is important, but it’s not impossible to do big things without it. In her words, “It’s not about going to school, it’s about having the heart of help.”

To mark her success, Mary dreams about building a very big house and writing “Opportunity Bank Malawi” on the wall so that she is remembered as “someone who contributed a lot and received much.” Every day, she reminds women that “they are human. They can interact with others. They can be leaders.”