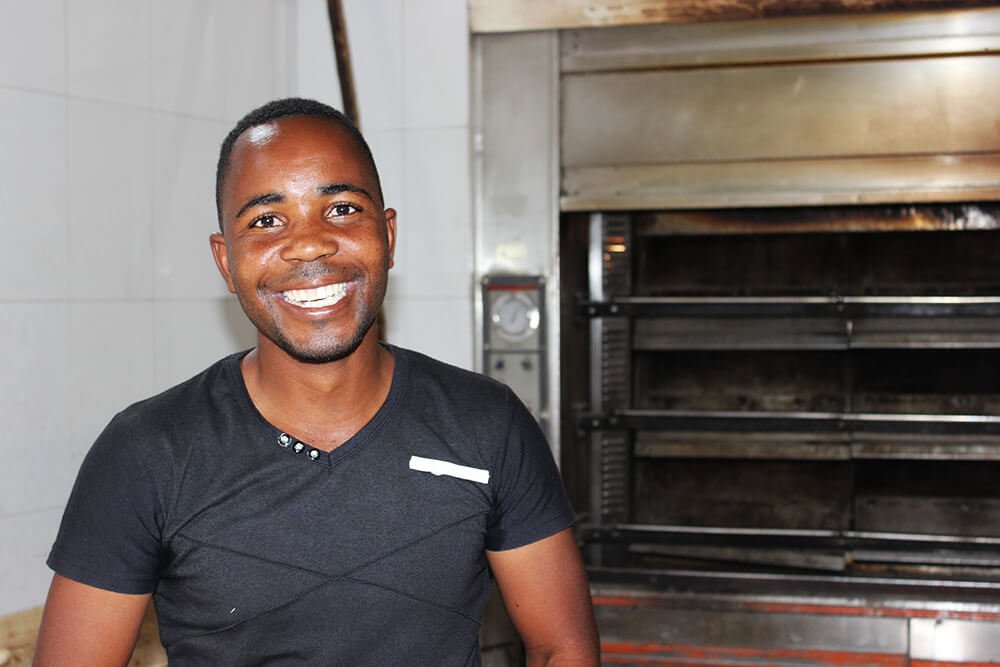 From the outside, FAC-Padaria LDA looks fairly nondescript. The white walls of the street-side building bear only the name of the bakery, painted in light blue. Even the small front room where a woman stands behind a single counter selling freshly-baked loaves to walk-in customers looks pretty simple.

But go to the back door, and you quickly realize that FAC-Padaria is anything but small and simple. A huge industrial wood oven stands as the centerpiece of a workshop filled with trays of dough and busy bakers rushing from one station to the next. The men working there serve various roles – mixers and bakers and drivers and salesmen. And while the bakery started with 9 staff members, it now employs 53 people.

The shop is open 24 hours a day, with staff working in two shifts to keep the ovens running. Together, they bake 12,000 loaves of bread a day – in batches of 400 at a time. They sell about 1,500 of these loaves from the counter in the front room to people in the community and other local customers. The remaining 10,500 loaves are sold to wholesalers and local businesses, providing them with the supplies they need to keep their businesses going.

The bakery is a true success story. 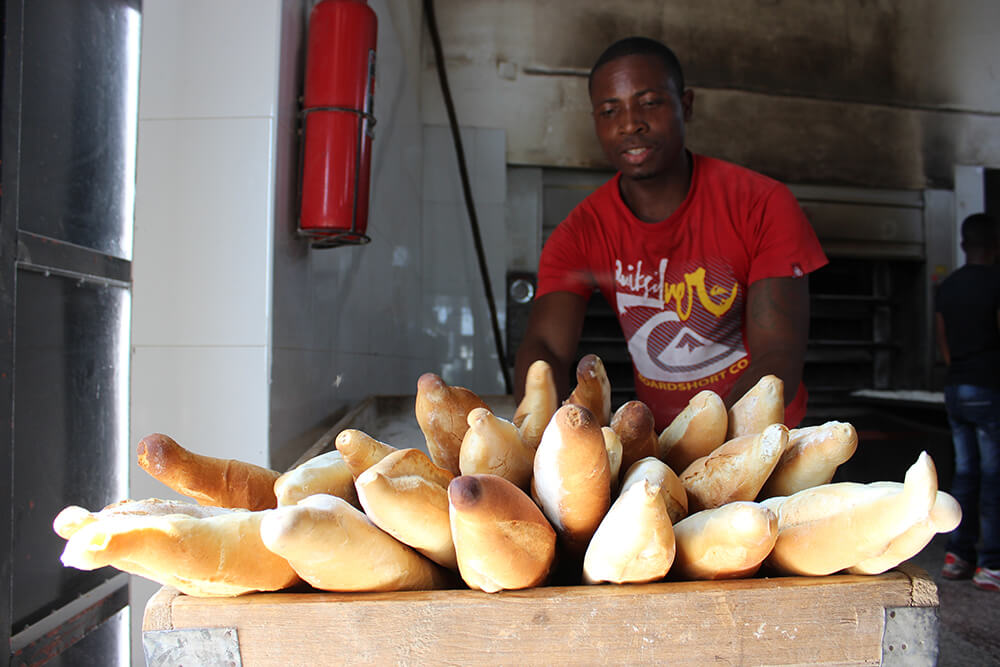 When Felisberto Antonio Chissambule was young, he started his career with a company in South Africa. When the company closed, he received a small severance and decided to return home to Mozambique to start his own company. He began selling oil and other mechanical inputs, and over time, grew his business into a large enterprise with many points of sale around Maputo. He began working with Opportunity International and received loans to grow, expand and increase his stock.

In 2014, Felisberto decided he wanted to use some of his profits to open a second business. With support from Opportunity and his own savings, he purchased a new property. He planned to open a construction materials company, but after an important conversation with his uncle, he switched plans and decided to start a bakery.

Almost immediately, Felisberto had more demand than he could handle. He was still managing the oil business as well, so he promoted his nephew Avelino, a trained baker, to oversee the daily operations of the bakery. Under Avelino’s leadership, the business continued to grow and they continued to hire additional staff. They were willing to hire people with any level of skill – they knew that they had enough internal talent that they could train new staff well. This provided a great job opportunity for people who were willing to work hard.

With their rapid expansion, the team began to face unforeseen challenges. Managing a large team of staff proved quite different from running a small business without many employees. Even more importantly, deciding how to manage quality assurance was critical to the bakery’s future success, especially as they began producing bread 24 hours a day. 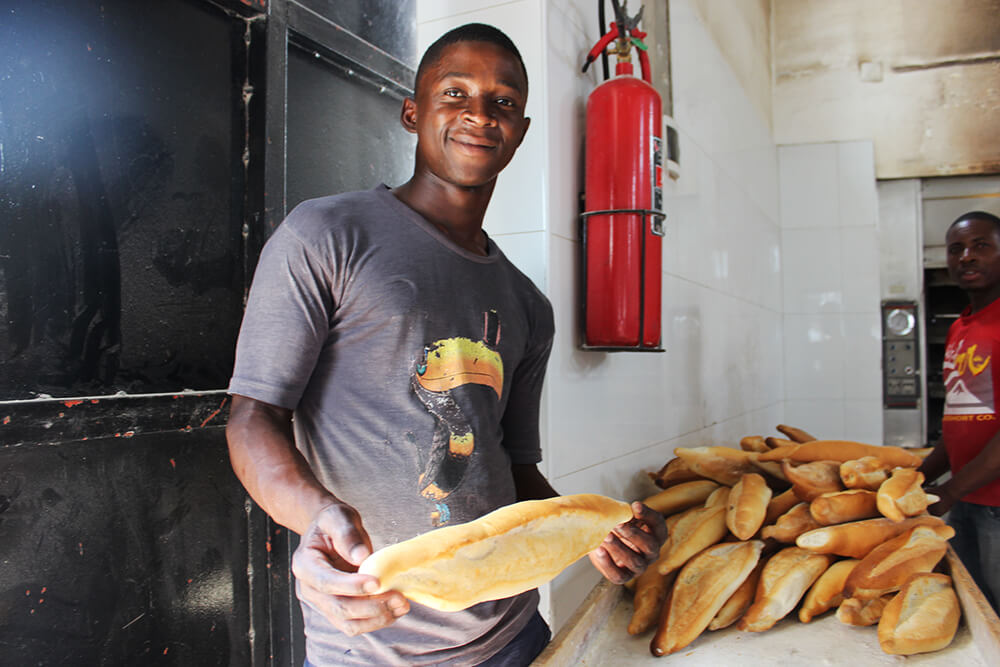 In order to address both challenges, Avelino and Felisberto introduced an incentive program to the bakers. In addition to their salary, the bakers receive five loaves from each batch of 400 that they produce. They can do whatever they want with the bread, though many choose to sell it and earn a bit more money. In addition, if they produce more than their allotted number of loaves during their shift, they are allowed to keep the extras. These policies have boosted employee morale and encouraged staff to self-regulate, keeping an eye on one another as they work.

The team is already looking to the future. They hope to open additional points of sale and continue to build relationships with retailers in the community. In just two years, the bakery has gone from a great idea to a booming business – and it plans to keep growing!