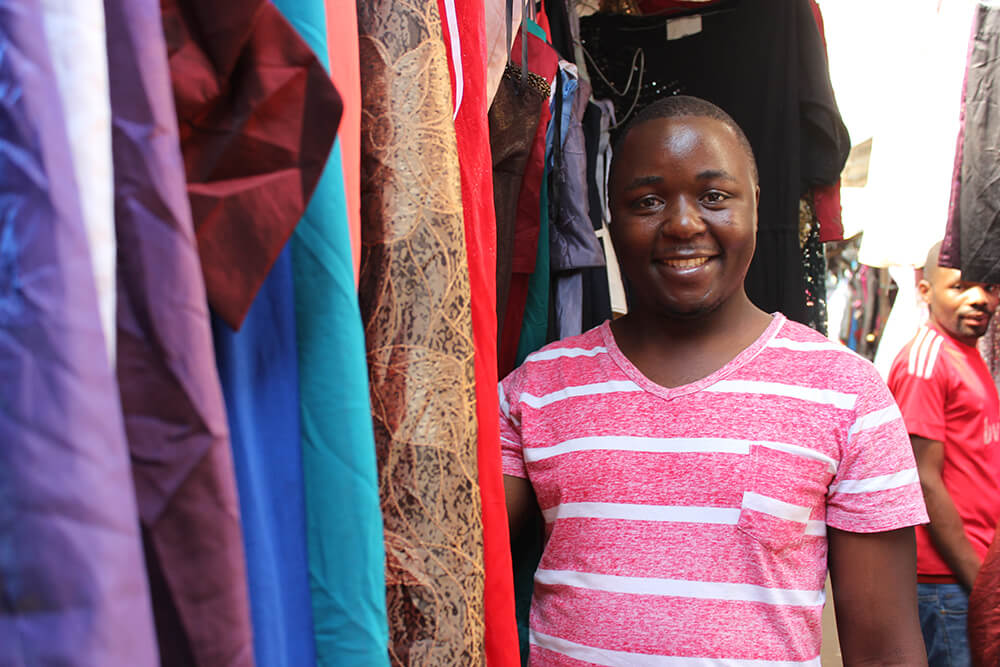 Weaving through the dark, dusty corridors of the market, people bump and trip and shout about the latest deal they have available. “Aggressive.” That’s how they describe the market culture, and it is exactly that. There are people pushing and scrambling, hoping for a deal, wishing for one of the newly-opened bags to contain something that is just right.

For Armando, this market is all that he knows. It’s home. As a child, Armando grew up learning to sell clothes here while working for another vendor. Eventually, he decided to start his own stall selling dresses and pants that he purchases in unmarked bags downtown. The bags are packed in the US or Europe and shipped to Mozambique, where vendors buy them and hope that their contents are stylish and in good condition.

Armando is comfortable navigating the market, but he is not blind to its dangers. He is adamant that his two kids – ages 6 and 2 – go to and stay in school, learn all that they can, and get jobs outside of these hidden paths. His greatest goal is to be a good father, giving his kids a future that he couldn’t have. He knows that market is not a safe place for anyone to spend their lives, and he’s seen how young people come into the market for a job and then change over time, becoming aggressive and hostile.

In 2012, after 12 years of hard work building a business, Armando learned about Opportunity International and received a loan to purchase stock. A full supply of clothes was just the kick-start his business needed, and soon it began to grow even more. Now, Armando has four employees – two cousins and two friends – who help him man the shop. He was able to purchase a second stall in the market, so now he has one dedicated to pants and one to dresses. When he was just starting out, he chose to sell dresses because each unit has a high return. They are risky, but when you are a talented salesman like Armando, they have the potential to be a lucrative business. 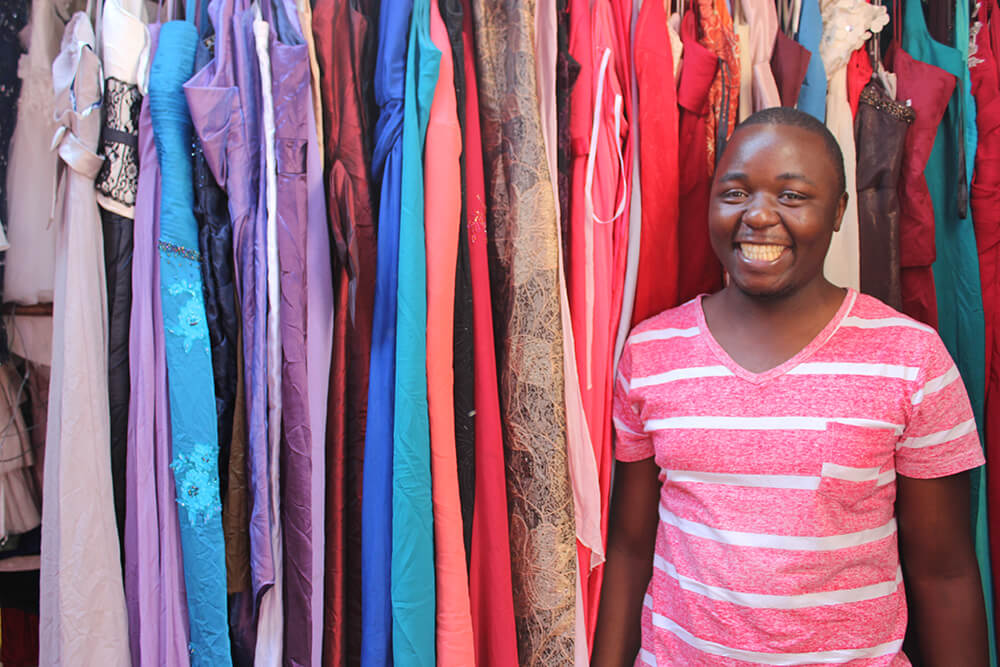 With his booming business, Armando began to save, and a few years ago he was able to buy land and build a home for his family. With their own place to live, the future has opened up – they are dreaming bigger than ever before. Armando has plans to return to school himself. He was only able to complete eighth grade, so this year, he is heading back to high school to complete his GED. He’s saving for furniture for his home, and eventually he would like to purchase a car. And as always, he is focused on growing his business and expanding the shop.

Armando’s big dream is to be successful enough that he can move his store out of the market and into a boutique. He is ready to leave the crowded corridors and become an official store-owner with a shop where he knows his kids will be safe visiting him. He loves working with Opportunity and appreciates the relationship he has with his loan officer. And he knows that with a lot of hard work and continued support from Opportunity, he can achieve his goals.