You’ll be happy to revisit this classic 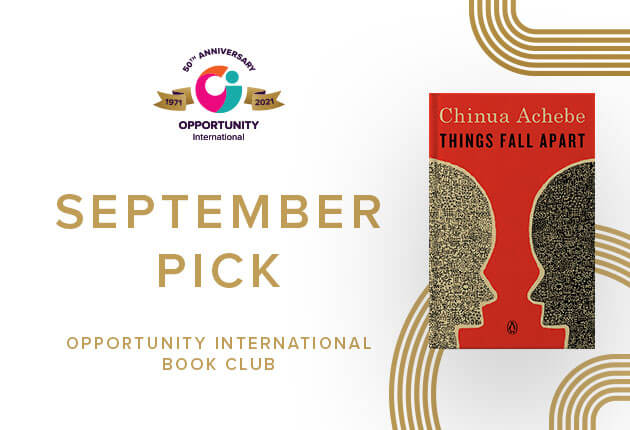 In the midst of the back-to-school rush, we’re picking up a book that has a prominent place on high school reading lists—and for great reason.

This month, join us as we read Things Fall Apart by Chinua Achebe.

The most widely read book in modern African literature, Things Fall Apart tells the story of Okonkwo, an Igbo warrior who fights to maintain his culture in the face of colonialism. Okonkwo’s fictional story paints a stark picture of the despair and loss that accompanied the fight for power in Africa in the 1800s.

Achebe’s work has been celebrated by critics, writers, and readers around the globe:

·       “African literature is incomplete and unthinkable without the works of Chinua Achebe.” –Toni Morrison

·       “A magical writer—one of the greatest of the twentieth century.” —Margaret Atwood

·       “We are indebted to Achebe for reminding us that art has a social and moral dimension—a truth often obscured.” —Chicago Tribune

For anyone interested in African literature, this is a must-read from one of the world’s most preeminent literary voices.

We can’t wait to read with you!