As you make your resolutions for the year ahead, we have a challenge for you. Set a reading goal!

Maybe it’s a number of books you want to complete in 2020 (we’ve got 12 recommendations coming your way this year — so 12 would be an excellent goal!). Maybe you want to read about cultures and regions that are less familiar to you, or maybe you want to focus on underrepresented authors.

Whatever your personal reading goal is, the Opportunity Book Club is here to help! We’re reading right alongside you and can’t wait for another great year of books about the countries in which Opportunity works, the issues our clients face, and the current state of poverty and development. 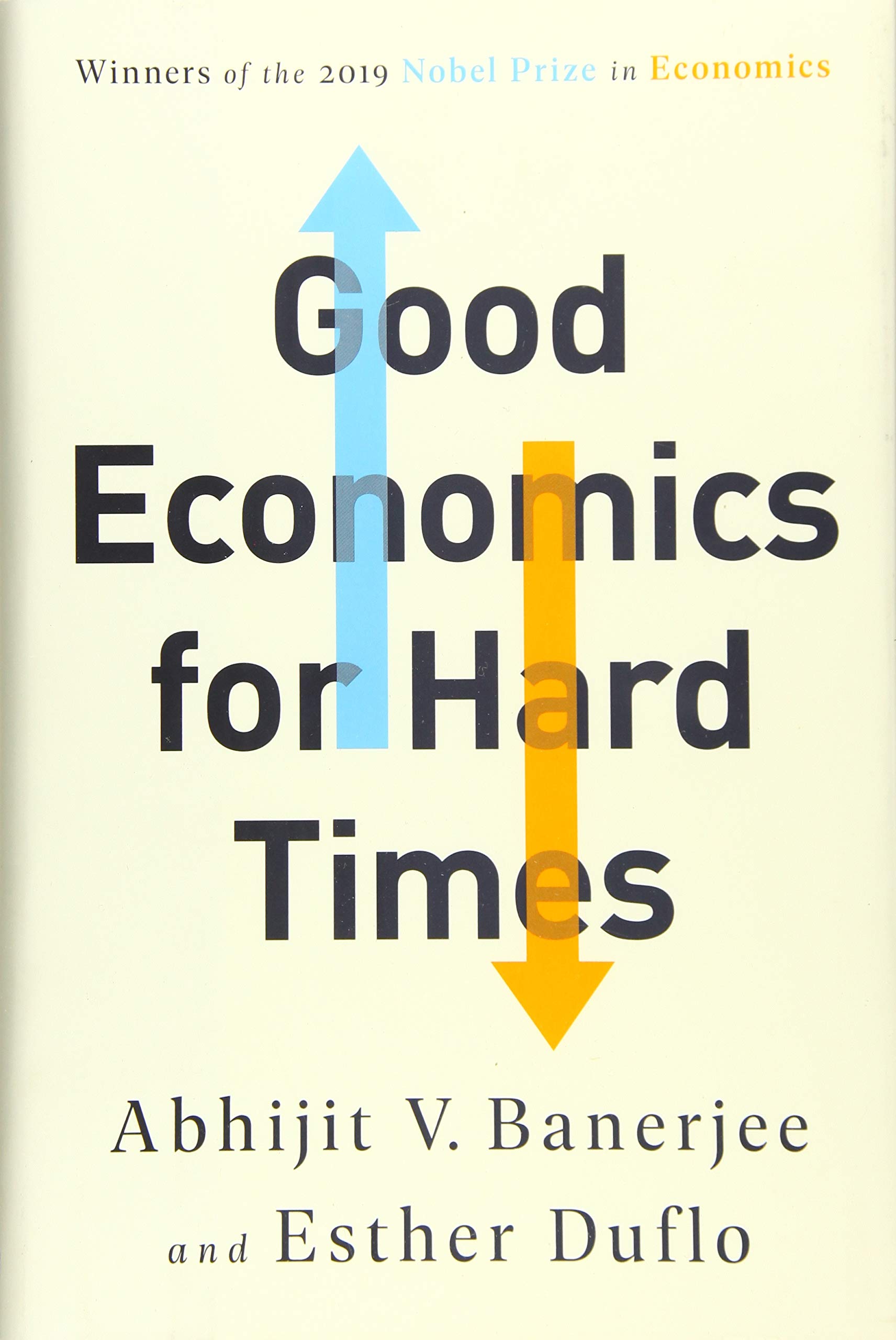 We’re kicking off the year with a highly anticipated book by acclaimed economists Abhijit Banerjee and Esther Duflo. This economist couple won the Nobel Prize in November for their “experimental approach to alleviating global poverty,” and we have loved reading their research for years.

This January, we’re diving into their new release: Good Economics for Hard Times.

Taking a look at the key issues we face as humans—including immigration, globalization, technology, inequality, and more — Banerjee and Duflo use data and research to present solutions to some of our biggest, seemingly impossible challenges.

Drawing from their wealth of experience in the developing world, Banerjee and Duflo present lessons we in the United States can learn from the rest of the world. They enter into some of the biggest conversations of our global community and don't shy away from controversial opinions. We were left with so much to think about—and we can't wait for you to join the conversation.

Here are a few lessons that we're still contemplating:

The challenges facing the US and the rest of the world are often remarkably similar.

"We realized the problems facing the rich countries in the world were actually often eerily familiar to those we are used to studying in the developing world—people left behind by development, ballooning inequality, lack of faith in government, fractured societies and polity, and so on. We learned a lot in the process, and it did give us faith in what we as economists have learned best to do, which is to be hard-headed about the facts..."

Our goal should be to constantly challenge assumptions and be willing to iterate.

“What is dangerous is not making mistakes, but to be so enamored of one’s point of view that one does not let facts get in the way. To make progress, we have to constantly go back to the facts, acknowledge our errors, and move...”

Growth is complicated—and large-scale GDP growth may not be the ultimate goal.

"So at the end of the day, although we will try to stitch together the best evidence for these theories, the result will be tentative. We have already seen that growth is hard to measure. It is even harder to know what drives it, and therefore to make policy to make it happen. Given that, we will argue, it may be time to abandon our profession’s obsession with growth.”

Work means so much more than a paycheck.

"All the evidence scattered through this book suggests most people actually want to work, not just because they need the money; work brings with it a sense of purpose, belonging, and dignity."

Markets are so much stickier than we typically imagine.

"Low-skilled immigrants know that, at least to start out, the jobs they can get are the jobs nobody else wants. If you happen to be dropped somewhere without a choice you may take them on, but it is hard to get excited about abandoning friends and family and going to the end of the world to sleep under a bridge, clean floors, or bus tables. It is only the migrants with the ability to think past the immediate obstacles and pain, and contemplate a steady climb from busboy to restaurant chain owner, who typically take it on...As a result, only the most desperate of the very well off who can afford the risk will leave."

We'd love to hear what lessons stuck with you. Join the conversation in the Opportunity Book Club Facebook group.

Sign up to get a book recommendation in your inbox every month, and check out what we've been reading for the last two years!

Previous Article
Read With Us: Our December Book Club Selection, Monstress
Back to Blog
Next Article
Our Top 10 for 2019