Day 10: The Gift of a Very Important Lesson 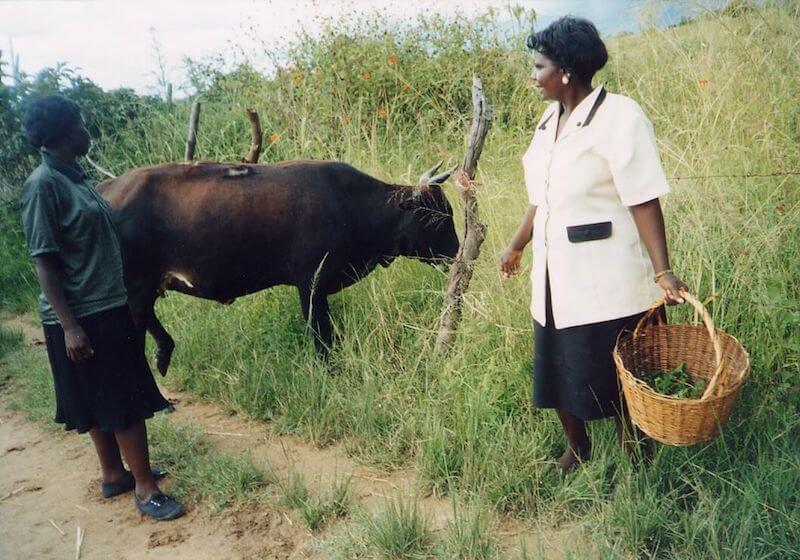 My gifts from those I meet on my travels generally come in the form of lessons. One of the memorable lessons I was gifted was on justice, learned in a tiny village in Zimbabwe that does not appear on most maps. There I met Esther, the woman who has inspired me these many years, although our paths only crossed briefly.

As we walked up the hill to her home, she pointed out the gravestone of her husband who died four years ago, just months after their third child was born. When I tried to express condolences she nonchalantly commented, “Life is difficult for mothers in my village.” Her husband had been sick for a long time. Fear kept the family from giving the symptoms a name. But when Esther tested HIV-positive, she knew that the same unforgiving virus would eventually kill her.

About half the size of a football field, Esther’s compound perched on the side of a gently sloping hill that her family carefully maintains. Each morning at five o’clock, Esther and her sister begin a daily routine of trekking down the hill to the creek. With five-gallon containers balanced on their heads and one in each hand, they haul water to irrigate their small vegetable garden. Over the next few hours, they each make about 25 grueling trips up and down.

How has this radiant woman become so self-sufficient? For all practical purposes, unemployment in her immediate community is 100 percent. Formal businesses and regular paying jobs do not exist. Life for Esther looked hopeless. Covo, a leafy dark green vegetable, is what Esther sells in the market, along with her chickens and eggs. Before we met, she had dreamed of owning a cow so she could sell milk to the other mothers in the community, but she could never scrape up the $30 required to buy one. The bank would not allow her to cross their threshold, even if she could afford their 100 percent annual interest. The local loan shark charged 40 percent per month.

Two years prior to my visit, Esther had learned of Opportunity International. With affordable interest and no requirement for collateral, she borrowed $30 for six months to buy the cow that would give her life new hope.

Each day the cow produces the nutrients that help keep Esther, her sister and their five children strong so they can maintain their grinding schedules. Enough milk was left over to sell to Esther’s neighbors, which enabled her to make weekly loan payments. When the loan for the cow was paid off, Esther borrowed another $75 to reestablish her vegetable farm. Working alongside their mother, the two older children quickly learned how to care for the cow and the garden. They are not yet aware of how important this knowledge will be when Esther is gone.

Esther met weekly with her Trust Group, a collective of women who guarantee the other members’ loans, giving them assurance that should one become incapacitated, the other women will cover her weekly payments and not burden her children with debt. Together they shared experiences and gained support and confidence in running their various enterprises. Though almost all the women in the group are HIV-positive, it is not evident—all you see is their joyful exuberance and determination to succeed in their businesses.

A few weeks prior to our visit, Esther’s cow added to her enjoyment by giving birth to a calf. Her farm expanded, as did her hope. With her first two loans paid in full, Esther borrowed $250 to enlarge her garden. Every week Esther proudly reported her progress to the rest of the members. The group leader trained them on how to improve their businesses. Esther also learned about her illness and how to care for herself. As I listened, I watched the women’s faces in humble amazement. “How can they be so strong and joyful?” These women were impoverished and in want of medicine, but still they chose to experience the fullness of life. Is this another lesson that the working poor were teaching me? Their joy did not come from material wealth but from relationships and shared experiences, regardless of how bleak their lives might have seemed.

It’s easy to look at countries like Zimbabwe, with their poverty and corrupt governments, and think there’s no hope for people like Esther. But we can’t let our frustration and despair immobilize us. What can individuals like you and I do to help bring justice to people like Esther? We can speak out against systems that perpetuate their poverty. We can tell their stories and make others aware of the daily challenges they face. We can put pressure on our government to confront their country’s leaders. We can live more simply to make more self-sustaining resources available. We can show the poor respect by thinking of them with admiration and anticipation instead of disdain or pity. We can wisely support the most effective and lasting solutions. We can avoid adding salt to their wounds by suggesting they are poor as a result of their own doing.

Esther did not want charity—just a fair chance to better her life and that of her family. From a poor working woman like Esther, I learned that justice is not offering a handout, but a hand up—an act by someone with power and privilege, giving others a chance. An opportunity. To do justice is to do something.

With no hint of self-pity, Esther has taught me much. I will never be the same. I marvel at how diligently she worked to release her children from her treadmill of generational poverty. I am honored to strive on her behalf to offer others the same hope and dignity.

I’ve received so many precious gifts from our clients in the form of lessons that I captured some of them into a book: UnPoverty: Rich Lessons from the Working Poor. Additionally, my son created original music and videos to bring these lessons to life.

Previous Article
Day 11: The Gift of Joyful Patience
Back to Blog
Next Article
Day 9: Fulfillment Through Work