In response to heavy flooding across Serbia, Opportunity Bank Serbia (OBS) has donated one million dinars in humanitarian aid to flood victims through a local relief fund and collected financial contributions from its staff that will be used to buy supplies for a large number of rescue health centers opening across the country. 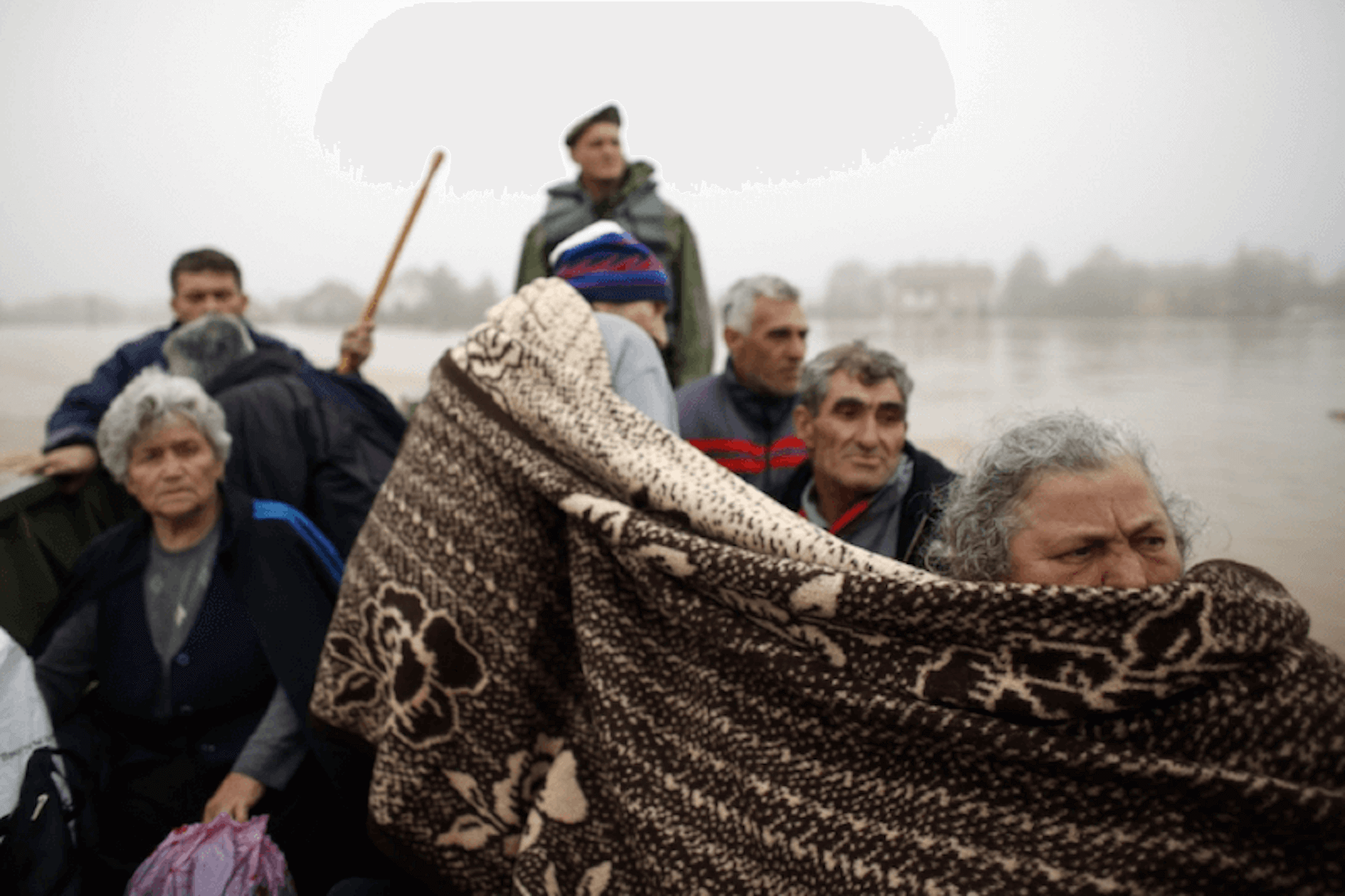 For the past five days, Serbia has suffered from extremely heavy rainfall, causing rivers to overflow into towns and villages across the country. The flood water has cut off whole communities and submerged houses and roads. Approximately 25,000 people have been evacuated, tens of thousands of homes are without electricity and 17 people have been reported dead so far. The rain is still falling and many regions are still under water, so experts expect, unfortunately, that the number of casualties will continue to rise. Nationwide emergency measures have been declared in Serbia, and Bosnia and Croatia have been hit by severe flooding as well.

Obrenovac, a town near the capital of Belgrade, has suffered the most. The entire population has been evacuated due to flooding from the Kolubara River (see picture below): 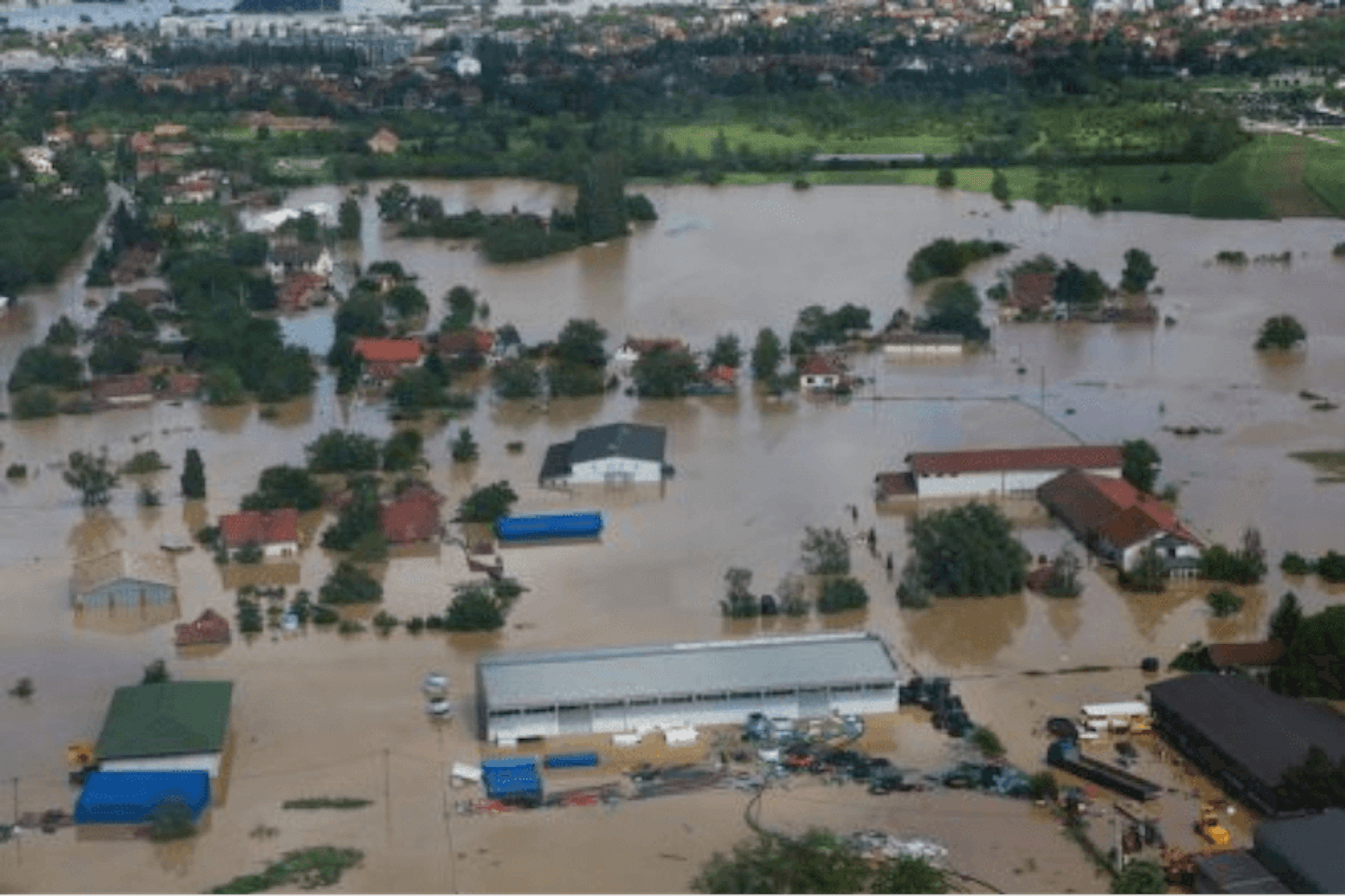 Thirty additional Serbian towns and villages have been evacuated due to either floods or landslides, and the damage to Serbian infrastructure and agriculture is currently estimated to exceed 1.5 billion EUR.

Key areas are still at risk of major damage. Water levels on the Sava River continue to rise, threating the country’s capital of Belgrade and towns of Sabac and Sremska Mitrovica, as well as the country’s biggest power plant.

In response, thousands of volunteers have been working around the clock stacking sandbags to strengthen the most vulnerable river dams. Russia and other EU countries are sending humanitarian aid and technical equipment, and many Serbian companies have made donations in cash and kind to either the Serbian Red Cross or a government account designated to aid flood victims.

In addition to the ongoing rainfall, cyclone “Tamara” moved through Central and Eastern Europe, dropping as much as 108 millimeters of rain per square meter in 24 hours in some areas, including the Serbian town of Valjevo, whiping out bridges and flooding rivers in its path. While rescue efforts are currently focused on saving lives, response leaders are already considering long-term recovery plans. The final damage is expected to be devastating, particularly for rural Serbians whose homes, fields and livestock were all washed away in a matter of hours.

Three OBS employees and about 3,500 credit clients have been affected by the floods, and Opportunity International plans to provide assistance as they rebuild their lives and communities. Opportunity Bank is working to serve as a catalyst for recovery even as we cope with our losses. OBS will continue to create relief plans as the full extent of the damage suffered by both staff and clients becomes apparent.

Please help Serbia recover from this natural catastrophe by donating through OBS or through the Serbian government relief fund’s PayPal account: [email protected]

Previous Article
Make a Difference This Mother's Day!
Back to Blog
Next Article
Opportunity’s Genzo Yamamoto Participates In Housing Workshop In Washington DC