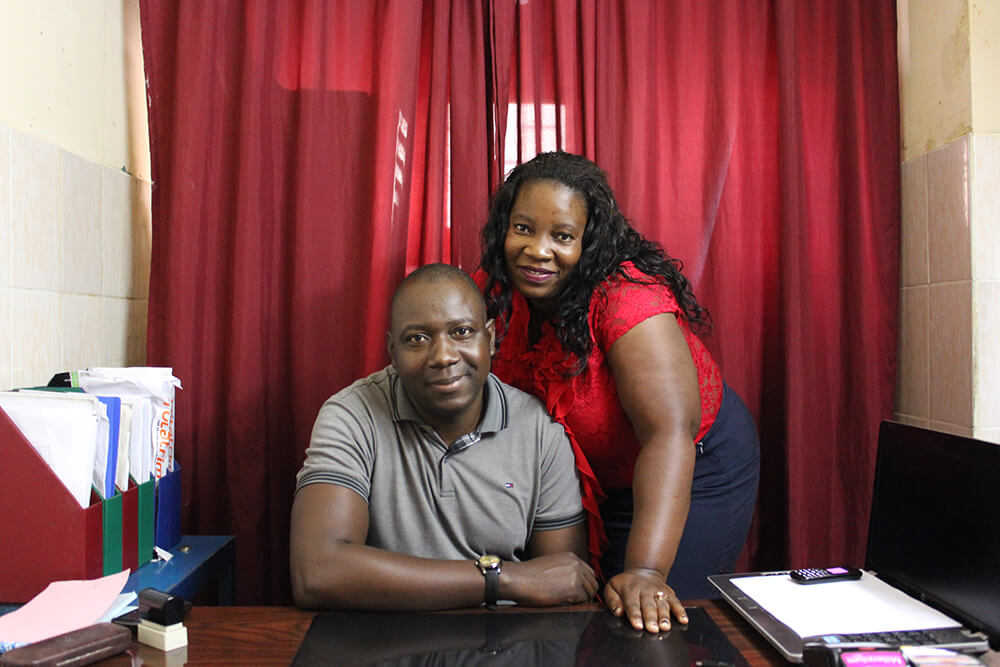 When you ask Samora why he wanted to start an English school, he responds, “I fell in love with the language. This has been my dream since I was a child.”

And what a dream it has been.

In 1995, Samora finished his own English education, graduating with a level four certificate from a local education center. That same center offered him a job upon his graduation, and he began teaching students how to speak, read and write English. Soon, he realized that his small salary from the institute wasn’t going to be enough to support his family, so he decided to begin teaching small classes from his home.

At the beginning, Samora had about 10 students, but before long, word spread about his high-quality classes and soon he was cramming over 100 kids and adults into a small house each day. He and his brother were trying to conduct business from their parents’ home, and they turned the small dining room into a classroom, desperately trying to accommodate the ever-growing group of students. Samora’s parents moved to a new space to try to create more open rooms, but Samora knew that in order to continue growing, he needed his own space.

By 2011, Samora was teaching one-hour classes from 7am – 10pm using a four-level curriculum he designed himself. He was ready to expand, but didn’t have the means to acquire a building – the thing he needed most to grow. It was then that he was introduced to Opportunity International and received his first loan to invest in the institute. He began renting a building and purchased furniture for classrooms, and in 2012 the school was officially recognized and able to offer certificates.

Since then, the business has continued to grow. In 2013, they moved to a new building to accommodate more students than ever before – today they have as many as 170 at a time. Most students are adults who want to advance their professional careers but need to build their skill sets in order to do so. And these students sit eagerly in the classroom, repeating back to Samora verb conjugations and daily vocabulary lists. 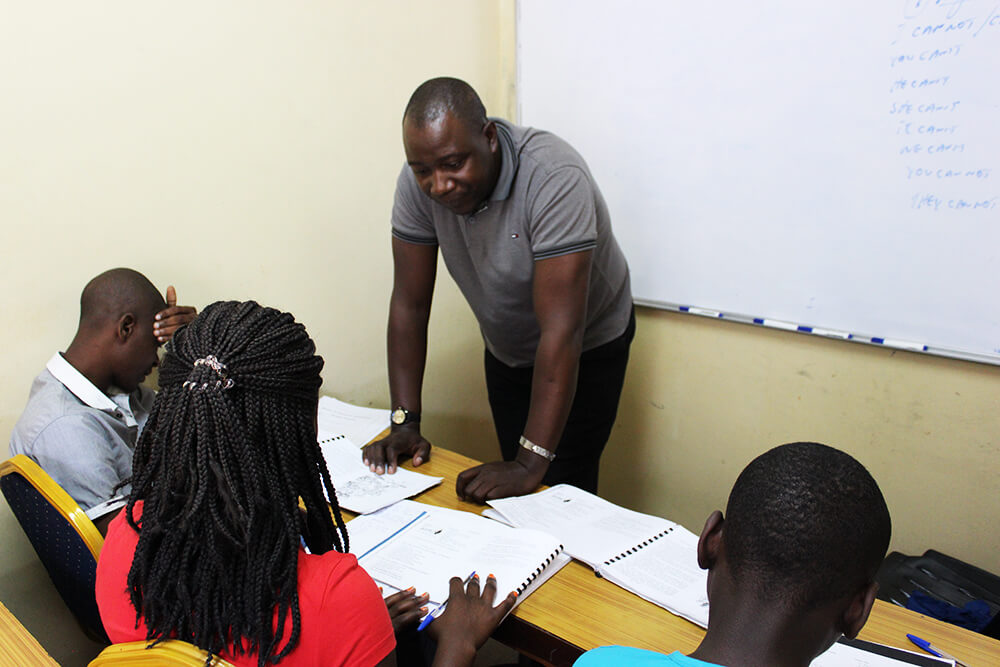 The current building has two English classrooms, a small office and a computer classroom stocked with eight PCs made possible by an additional loan from Opportunity. Now, Samora and his staff – 3 English teachers and an informatics teacher, plus his wife Eliza who serves as the school secretary – teach courses all day, doing what they can to make their community better and more educated.

The cost of rent continues to be the greatest challenge and expense for the institute, so recently, Samora has begun making plans to purchase his own space. Property in Maputo is not cheap, but he loves this community and he wants to be here. He shares how everyone, from his friends to the guards he employs in front of the institute, is so helpful and kind. This city is home – for Samora, Eliza, and their four children, ages 16, 13, 8, and 5. All of his kids are learning English in school, and his greatest dream for them is that they grow up well and are happy.

He works hard to encourage his students to speak English outside of class, and he does his best to retain students, thus maintaining his income. Each level takes four months of one-hour classes every day to complete, but students rarely stay around for all four levels. Once they complete level two or three, they feel that they have built sufficient skills to move ahead in their careers and stop coming to class. His computer classes have even higher turnover – the beginner course only takes one month to complete. Samora advertises a bit to recruit new students, but says confidently that the best advertising comes from students sharing their experiences with their coworkers and friends. He loves that the school is well-known and well-appreciated among students.

Ultimately, Samora and his team just want to do the best they can to serve their community. He hopes to continue to build his business, purchase a permanent building and get more interested people involved. He expects success and is working hard to achieve it. Because that is what you do when you are working toward your dreams.