When TV host Cynthia Garrett boarded a plane to India to join a group of Opportunity International supporters, she didn’t know what to expect.

“One of my greatest memories from that trip was our opening bus ride,” she recalls. “We were a group of women with very different experiences, and we started sharing our stories. We went very deep very quickly, sharing about who we are and how we came to be on that bus that day. And when you go deep like that, you learn quickly whether you’re surrounded by divas or people you might be friends with for the rest of your life. We experienced the latter.”

Cynthia, a celebrated TV host, author, producer, social activist, political commentator, evangelist, and speaker, shared her own challenges and victories as a successful woman. She currently hosts two television series; is the author of two books; and has enjoyed a long career as a TV personality on every major network, including hosting her own late night show on NBC called Later w/ Cynthia Garrett, which made her the first woman of color ever in network late night television. She is currently seen as a regular on FOX News, Newsmax TV, and TBN where her series The Sessions is one of the top-rated shows on the channel.

She and her fellow travelers—a group of philanthropists, entrepreneurs, and business leaders—formed such a powerful bond on their trip to India that they decided to band together to serve Opportunity’s clients. The group, now known as the Women Warriors, has committed to raising $5 million to serve 10,000 families.

And Cynthia believes that this is only the beginning.

“We are a group of women uniquely gifted and skilled to cast vision,” she shares. “Our goal is more than just raising money—our goal is to start a movement and lead by example. We want to empower other Women Warriors to do what we’re doing. Being a group that raises money is one thing—but being a group that raises money and empower others to do the same? That’s a movement. And that’s our goal: to spark a movement of philanthropy and charity.”

Cynthia’s passion for philanthropy—and for Opportunity International’s work—was born out of her own entrepreneurial journey.

“I come from a family who has never worked for anyone but themselves. I don’t know anything but entrepreneurship!” she says. “But entrepreneurship isn’t for the faint of heart or weak of faith. You have to believe in yourself and what you’re doing, because, as an entrepreneur, you’re constantly reinventing yourself. My faith—my belief in God—helps me keep pursuing what I’m pursuing.

“And hopefully what comes from that is an appreciation for the hard work it takes to create or start anything. It breeds empathy and compassion.”

Citing the phrase Melinda Gates coined in her 2019 book, Cynthia points to a pivot she made to look outward as her own “moment of lift.” Deciding to orient her impact to serve others has kept her motivated through countless challenges.

“If you don’t have a goal that is rooted in impacting humanity in a positive way—if it’s rooted in your own self-gratification—it won’t go very far,” she explained. “It’s easy to give up. But if you believe in other people, and the payoff is other people, that will keep you going. Only that what you do for others is eternal. The car I’m driving will not last. Our homes will not last. But that impression that you make on another life? That will last from here to eternity.”

She also encourages everyone to look at their priorities. “How many shoes can you have? How many handbags can you have? You can have an awful lot and still never find the significance or meaning you’re looking for.”

This empathy, compassion, and search for significance has motivated Cynthia to serve others and give back, and when Cynthia was introduced to Opportunity International, it felt like a perfect fit.

“Opportunity International is my specific and favorite endeavor, outside of my own organization. Our beliefs align—we know that it takes hard work and focus to build something, coupled with faith to get there. It’s a perfect intersection for me.”

Like Opportunity, she believes in the power of a hand up, not a hand-out. And like Opportunity's clients, she knows both just how transformative it can be to be given a shot—and how much strength and effort it takes to build something.

“In media, we have the expression ‘an overnight success’—but there’s no such thing. There is only someone who has worked for many years while no one watched; someone who put in the hard work. And then one day, everyone took notice.”

The clients Cynthia met in India with the Women Warriors embodied this spirit of tenacity, vision, and relentlessness. And as she and her fellow travelers sat on dirt floors in small, crowded homes in remote villages, Cynthia’s own life changed. 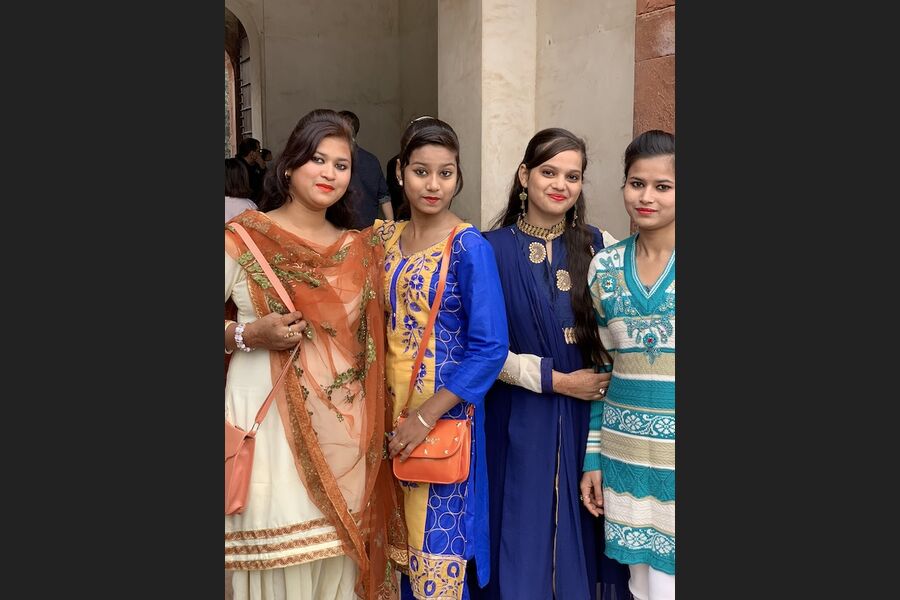 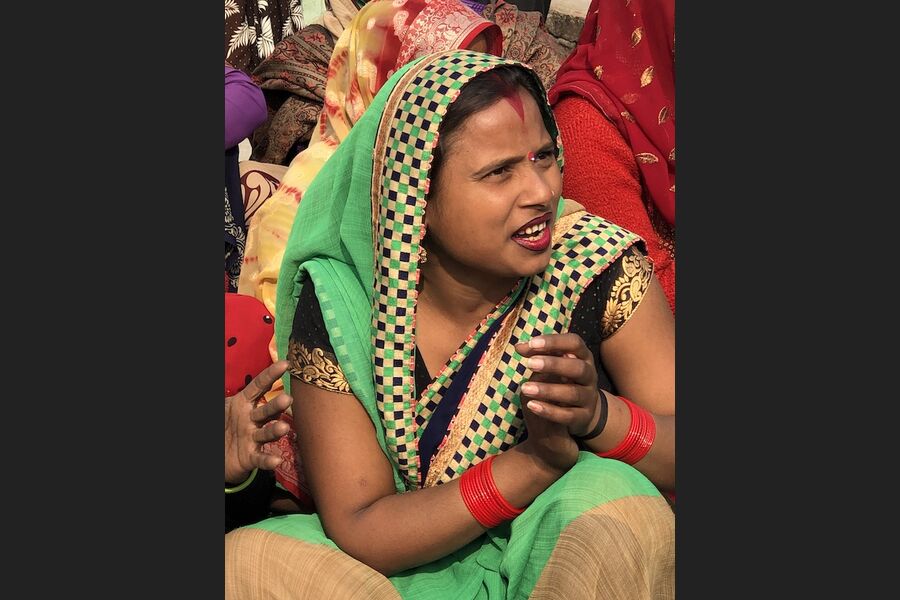 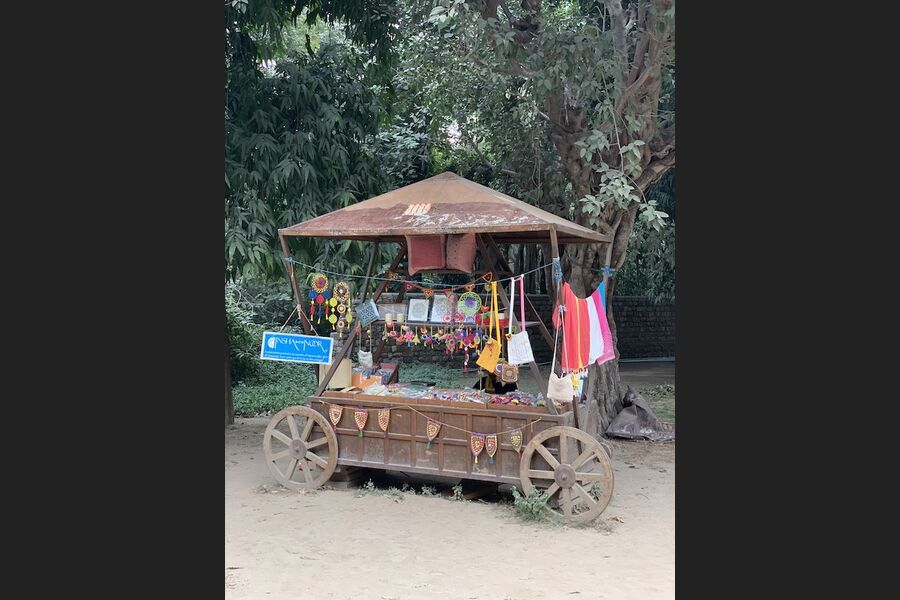 “I’ll never forget it. The night before, I was complaining to Christine and Stephanie [two of the Women Warriors] about the faith-based TV shows I do for TBN. I didn’t know if I was making an impact; I didn’t know if anyone was watching. I was at a crossroads—and I felt like my time and talent might be better utilized elsewhere.

“The next day we were way out in a village, sitting on a floor in a hut with a group of 10 Indian women. One of the women, who was the designated speaker for the group, pointed at me and said, ‘I know you.’ I was confused. But she kept pointing at me saying, ‘We know you. Sister, we know you.’ And all the women around the room started giggling.

“She pointed to a 6-inch-by-6-inch TV that was jimmy-rigged to electricity that ran through a straw roof to God-knows-where, and said, ‘We know you from there. How did God bring you to my home?’

“All of us lost it. We all started crying. And right then I knew—what you do for other people has a ripple effect that you’ll never be able to comprehend.”

For Cynthia, traveling to these remote regions transformed her perspective—and she encourages others to get out of their comfort zones, too.

“Going to experience poverty will help you appreciate the life you have. The greatest gift you can give yourself is to go. It’s probably an even bigger gift than the money you give—and I know how big of a gift that money is; how far that money goes,” she says.

Now, as Cynthia looks to the future, she is more committed to serving and leading others than ever. Professionally, she wants to grow her work at the intersection of faith and politics. She is proud to speak into the issues that challenge nations around the world from a standpoint of faith.

She also knows that she has a unique opportunity to use not only her financial resources, but also her skills and platform, to advocate for those living in poverty.

“I once heard that you spell love T-I-M-E,” she said. “Sometimes writing a check is the simplest thing you can do—and sometimes it’s the thing you are meant to do. But we also need the boots on the ground. So I’m going to give money, but I’m also going to give time. And for me, I can speak at a fundraiser and use my skill set to motivate other people to give.”

She and her fellow Women Warriors share this conviction and are actively giving their time to motivate others to get involved.

“I would like to see what we’re doing with the Women Warriors really grow into something special,” she shares. “Poverty won’t be meaningfully impacted by only one group. We need a movement of groups around the world—groups that share the same heart. And for me, sharing a camaraderie and sisterhood with other like-minded women has been so important to my personal growth and development.”

Cynthia Garrett hosts The Sessions on TBN and Girl Club, a free weekly show featuring women discussing how to apply a real faith to real-life challenges, available via broadcast and YouTube. Her first book, Prodigal Daughter, recounts the challenges of her journey and her own search for identity. Her second book, I Choose Victory, encourages readers to move from victim to victor and shares even more about her experiences with Opportunity International. Learn more about Cynthia and Cynthia Garrett Ministries at cynthiagarrett.org or on Instagram and YouTube.