In a small town in Colombia, Miriam poses with her puppy in her lap. She appears like many of her neighbors—hard-working, welcoming, greeting our team with a smile. But things have not always been easy for Miriam.

She is Venezuelan, and two years ago, she fled to Colombia as a refugee. 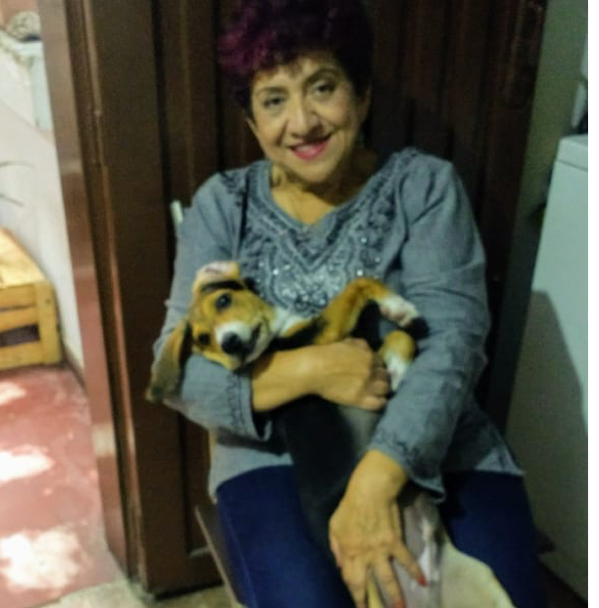 As she explained, “In my country there was a very unstable economic situation. I was a widow and my son lived in Panamá. The economic, political, and social situation in Venezuela eventually forced me to leave my country. I have lived in Colombia since October of 2017.”

When she arrived in Colombia, she was alone and excluded—finally safe, but far from home. Thankfully, she soon met Natalia, another woman from Venezuela who had started an Opportunity International savings group for her fellow refugees. “Before, we didn’t know how to save,” she said. “We had heard the word ‘savings’ but we didn’t understand it.”

Miriam joined Natalia in the group, and now, each week, 13 neighbors gather to pool their funds and support one another. As Miriam describes it, “Our group is comprised of Venezuelans like me who are trying to keep moving forward in this country. The savings group has been a fabulous experience. It’s allowed us to access financial services that we wouldn’t have been able to receive because of our refugee status, but more than anything, it has shown us kindness and brother- and sisterhood while we are away from home.”

Meanwhile, on the other side of the world, Senga and his wife Niragine are caring for their farm in the Nakivale Refugee Settlement in Uganda. 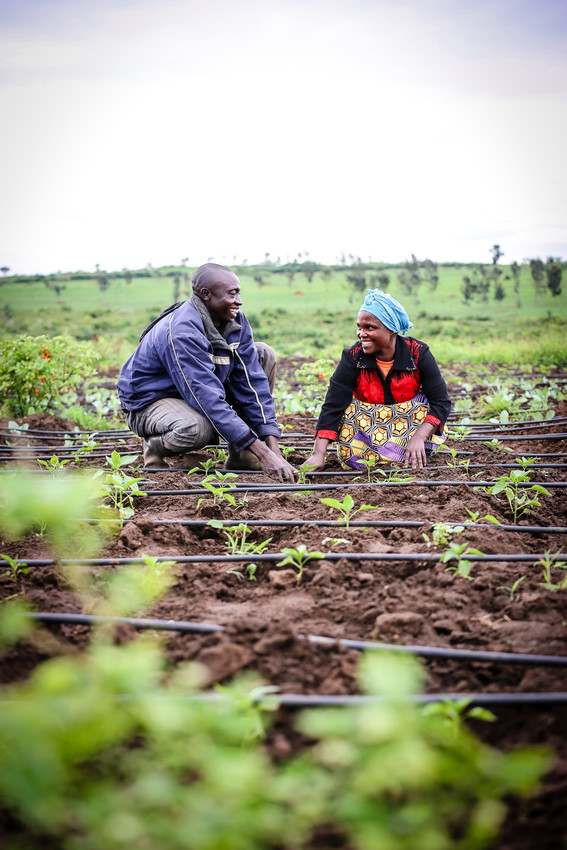 Senga and his family arrived in Uganda in 2006 after fleeing from their home in the Democratic Republic of Congo. As he described, “We have four children aged 2, 4, 6, and 8 years old. We came to this country because soldiers were coming and killing people in the neighborhood where we lived. We had to run to save our lives. We could hear gunshots and we lost 12 relatives during that time. My wife and I are the only ones who survived from our family.”

He continued, “I didn’t know where we would run to. All I knew is that I needed to run. I was just hoping to get peace.”

On the other side of the world from Miriam and Natalia, Senga also joined a savings group where he found the same sense of community and purpose. He began growing his farm with support from Opportunity International, and today, he plants cabbage, green pepper, onions carrots, and tomatoes. He is still limited by his refugee status, but he has big dreams, nonetheless. “Our dream is to have enough money to start a grocery store,” he says. “I want to give our children a quality education and rear goats and chickens. We could be an example to our community.”

Today, on World Refugee Day, we remember those like Miriam, Natalia, and Senga. We grieve with those who have been forced to leave their homes because of violence, oppression, economic instability, or political upheaval. We pray for peace, and we stand for change.

At Opportunity International, we are proud to serve refugee communities and bring services to those who have been marginalized and excluded from traditional economies. Today, and every day, we #stepwithrefugees.

Previous Article
Atul Tandon on the Ideagen Podcast
Back to Blog
Next Article
Read With Us: July Book Club Selection