A Love Worth Celebrating 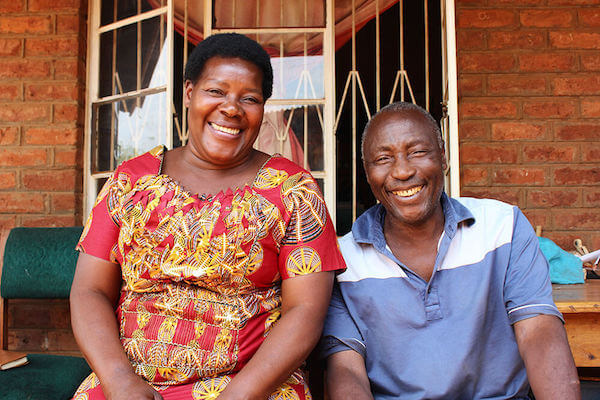 When Elton Guazambera was hospitalized last year, his life was filled with uncertainties.

What would his long-term diagnosis be?

But unlike most of his neighbors in Lilongwe, Malawi, Elton had one thing he didn’t need to worry about: whether he could afford his hospital bills.

Elton knew that he could get the treatment he needed because his wife Hanna had spent the last decade carefully building a savings account with Opportunity International.

For years, Elton and Hanna have been the ultimate teammates—supporting one another as they built their businesses, raised their children and pursued their dreams.

And today, on Valentine’s Day, there is no one we’d rather celebrate. 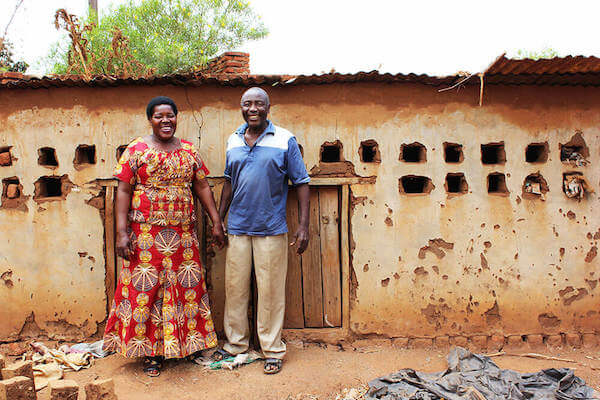 Shortly after Hanna and Elton were married, Hanna started a small business selling maize flour. Her business began to grow and Hanna began to save—eventually earning enough to maintain her car, buy a small farm to grow maize and purchase three plots of land where she and Elton could build rental properties. As Hanna became a successful entrepreneur, Elton was standing by her side, cheering her on.

Hanna and Elton learned together how to navigate the challenges of working their way out of poverty. She opened a savings account at Opportunity because she says, “It’s not secure to keep money in the house. If people know that you are doing business, they know you have cash—it’s too risky.” More recently, Hanna decided that she wanted to go back and enroll in secondary school to continue learning because she was only able to complete eighth grade as a kid. Elton was the first to tell her it was a great idea.

And when their son passed away far too young, Hanna and Elton were each other’s rocks—providing stability and comfort when their whole world turned upside down. They weathered one of life’s most horrible storms in the only way they knew how: together.

Today, when you sit across from Hanna and Elton, all you see is love.

You see Hanna laughing at Elton’s jokes, giggling like a kid, making jokes with her best friend.

You see the two of them proudly showing off their achievements—their backyard full of bricks for their newest rental homes, their chicken coop and the house that they meticulously transformed into a home.

And you see Elton’s overwhelming gratitude to his partner in life—the woman who has stood by his side, held his hand and saved his life when an infection threatened to tear them apart.

On Valentine’s Day, it’s easy to get trapped in the consumerism and forget what this day is really about: love that overcomes and perseveres and brings light and life into a relationship.

Thank you, Hanna and Elton, for exemplifying that love for all of us.