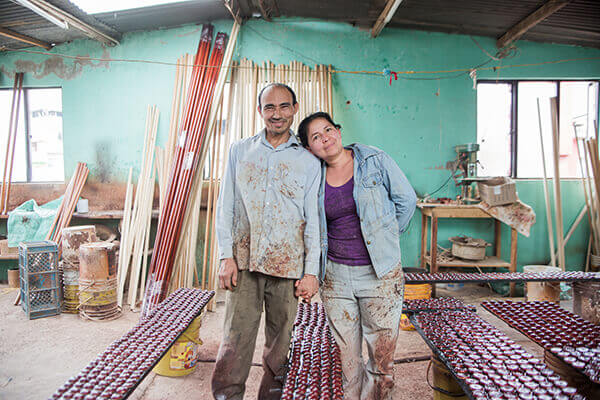 After more than 50 years of conflict, Colombians today are celebrating a historic and momentous peace agreement, turning a new page for a country with incredible potential for transformation.

The Colombian government and the Revolutionary Armed Forces of Colombia (FARC), which is the oldest and largest rebel group in the country, announced Wednesday they had reached a peace agreement to end the longest-running war in the Americas – a deal four years in the making.

Though the peace process will take some time, the agreement has established a timeline for FARC combatants to lay down their arms and start the reintegration process into formal society. Many of these combatants were kidnapped as children and know little of life outside of war. The conflict has also displaced nearly seven million people according to the United Nations High Commissioner for Refugees.

Colombia is now on a path toward healing, and Opportunity is committed to doing its part to ensure ex-combatants, displaced families and all marginalized and vulnerable people have the training and financial resources they need to integrate into the formal economy and build a new, better and more peaceful future for the next generation.

Opportunity Colombia has also hired a team of four exceptional women, all of whom were all kidnapped by rebel groups as children, to help guide other ex-combatants on their journeys toward reintegration. Their strength and perseverance are an inspiration to so many others working to build a better life.

Today marks a turning point in Colombia, and Opportunity is working as hard as ever to reach more clients and empower them with life-changing financial services, training and group support – these services will help thousands of individuals reintegrate into society, build sustainable businesses and provide a better and safer future for their families. Join us in our mission to build a more peaceful and prosperous Colombia! give.opportunity.org

Learn more about how Colombia and FARC reached this peace agreement in the New York Times.

Previous Article
Join Global Citizen at the 2016 Youth Advocates Symposium
Back to Blog
Next Article
Not So Small Change: Meeting Opportunity Clients in Colombia