By Keri Cook and Luke Tubergen

On September 27, the YAO-New York leadership team joined 60,000 other change-makers for the Global Citizen Festival – a concert designed to support an array of poverty-fighting efforts around the world. 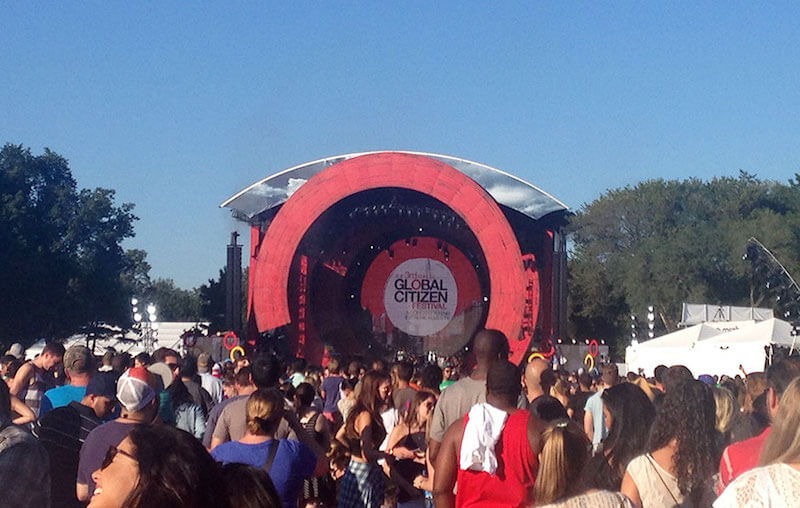 This year's Global Citizen Festival was, in a word, impressive. Some 60,000 young change-makers flocked to Central Park on Sept. 27 to support an array of poverty-fighting efforts set forth by Global Citizen, Opportunity International and many others. With so many people brought together for the same purpose, it became apparent that wiping out extreme poverty by 2030 is possible!

We were inspired by the range of personalities and organizations that rallied around the festival's mission to eliminate global poverty. Alongside the partner nonprofits and corporations (which included Citi and H&M), the crowd learned about poverty issues from cultural leaders ranging from Hugh Jackman and Jessica Alba, to the U.N. Secretary-General and World Bank Group President, to the Prime Ministers of India and Norway. President Obama even addressed the festival's attendees by video. Each of these artists and world leaders, and everyone in attendance, is moving forward with whatever platform or circle of influence she has to reach a common goal.

We are proud to be involved with Opportunity International and to lend our voice to the movement too as Young Ambassadors for Opportunity. The resources Opportunity offers - tangible, sustainable solutions to third-world poverty by way of microfinance - play a unique and vital role in alleviating poverty throughout the world. We should be encouraged in our efforts to educate and enlist supporters, especially as we consider the breadth and influence of the 2014 Global Citizen Festival.

It was an inspiring event. Watching thousands gather in the name of ending extreme poverty – and being a part of that movement ourselves – was an incredible way to spend a Saturday. And, of course, grooving to JayZ and Beyonce - plus Gwen Stefani and Sting! - with a crowd of likeminded social activists was not a bad way to celebrate the cause.