Hunger is Not a Game

My 14-year-old daughter Hannah was upset at me for failing to read the book before seeing the movie. At 12:01 a.m. on Friday, I was one of the thousands of people who turned out to view The Hunger Games on its opening night. Hannah had been encouraging me to read the book for several months because she knew its themes would appeal to me. She has read the trilogy three times already. To be honest, I was worried about the idea of teenagers being encouraged to brutally kill each other for sport. Despite the fact that my daughter always insisted that there was deeper meaning to the games, I resisted reading the book because of its twisted plot. 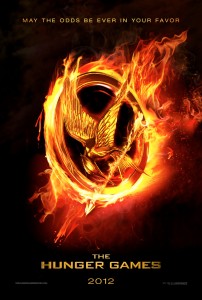 Little did I realize how important this story is for all of us. Its setting is District Twelve, a country where few have wealth or financial resources. It also takes place in the Capital of Panem, which is what remains of North America as we presently know it after some kind of tragedy occurred 74 years ago. The Capital is a satirical sketch of modern-day America with a parody of Hollywood’s fashion obsession and the escapism we enjoy in entertainment and sport. Its citizens who live in oblivious luxury rarely go to the other districts where most of the population struggles to survive.

The main character is a young woman named Katniss who is one of the two tributes from District Twelve who has been chosen to compete in the games. Her first impression of the opulence of the privileged few is very interesting. She cannot understand how people with so much food and wealth fail to share it with those who have so little. Her reaction is perfect. She knows that even if only a small portion of these resources were made available to people in her country, they would be able to use it to generate more wealth.

Author Suzanne Collins paints a picture of a cruel world in which hunger is an ever-present reality of daily life for most of the world. Most do not have enough to eat, and many of them are chronically malnourished, especially the children. But, like in the real world, food is readily available for the privileged residents of District One, who have access to unlimited variety and quantity of food they can consume. Wasting of food is even expected. Thus, one of the most relevant critiques of Collins’s story is that the real-world battle of hunger and its many effects, including malnutrition, does in fact take place each and every day. The reason her story is so chilling is that it is about us and our world. Panem is the world as it is today. Like Panem’s districts, large swathes of the world struggle with famine; meanwhile, like in the Capitol, richer parts of the world enjoy plenty to eat.

The common refrain in the movie is, “May the odds be ever in your favor.” The wealthy love this quote because the odds somehow always seem to be stacked in their favor. But for those who live where daily life is not so easy, the odds always seem to work against them.

My daughter knew that I would appreciate this story because of my passion for helping struggling entrepreneurs through my work at Opportunity International. We’re committed to leveling the playing field for those who have the odds stacked against them. By providing an opportunity for more women to start businesses, we are able to create a cycle of hope for disadvantaged people everywhere. Just as is the case of District Twelve, families struggle daily just to put food on the table.

A woman in poverty has little or no financial assets. What she often has is an outstanding willingness to work. If she doesn’t work, she and her children cannot eat. There are no safety nets. We know that hand-outs do not increase their odds. Katniss represents those with untapped potential. I encourage you to read the book, see the movie or just reflect on the fact that so many of us have been absurdly privileged, while billions of others struggle for survival on just a few dollars a day.

Previous Article
“The Hype is Long Over” – Microfinance CEOs Respond to Washington Post Article, “Microfinance Doesn’t End poverty, Despite All the Hype”
Back to Blog
Next Article
At Lent, How Do You Recharge to Find Purpose?