At Opportunity International, we love learning about the latest innovations in poverty alleviation and development. And as we celebrate the International Day for the Eradication of Poverty, we are reminded of the incredible work happening all around us in the fight against global poverty. Join us in reading one of these challenging works on poverty and development.

1. Banker to the Poor by Muhammad Yunus 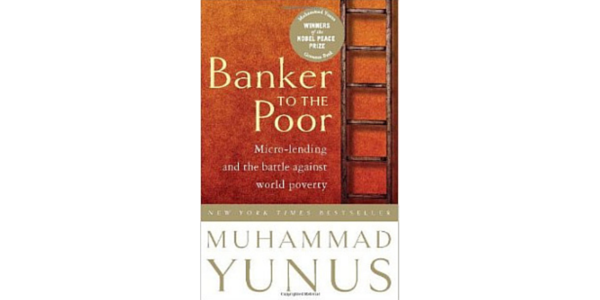 "Banker to the Poor is Muhammad Yunus's memoir of how he decided to change his life in order to help the world's poor. In it he traces the intellectual and spiritual journey that led him to fundamentally rethink the economic relationship between rich and poor, and the challenges he and his colleagues faced in founding Grameen. He also provides wise, hopeful guidance for anyone who would like to join him in "putting homelessness and destitution in a museum so that one day our children will visit it and ask how we could have allowed such a terrible thing to go on for so long." The definitive history of micro-credit direct from the man that conceived of it, Banker to the Poor is necessary and inspirational reading for anyone interested in economics, public policy, philanthropy, social history, and business." Banker To The Poor: Micro-Lending and the Battle Against World Poverty 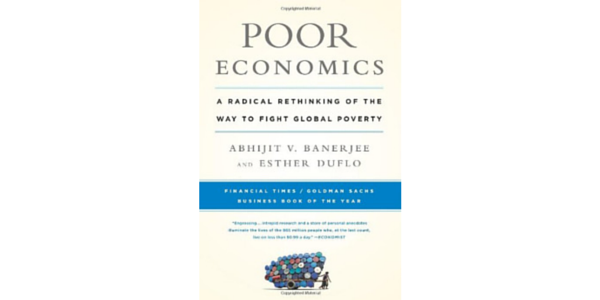 "Why do the poor borrow to save? Why do they miss out on free life-saving immunizations, but pay for unnecessary drugs? In Poor Economics, Abhijit V. Banerjee and Esther Duflo, two practical visionaries working toward ending world poverty, answer these questions from the ground. In a book the Wall Street Journal called “marvelous, rewarding,” the authors tell how the stress of living on less than 99 cents per day encourages the poor to make questionable decisions that feed—not fight—poverty. The result is a radical rethinking of the economics of poverty that offers a ringside view of the lives of the world’s poorest, and shows that creating a world without poverty begins with understanding the daily decisions facing the poor." Poor Economics: A Radical Rethinking of the Way to Fight Global Poverty 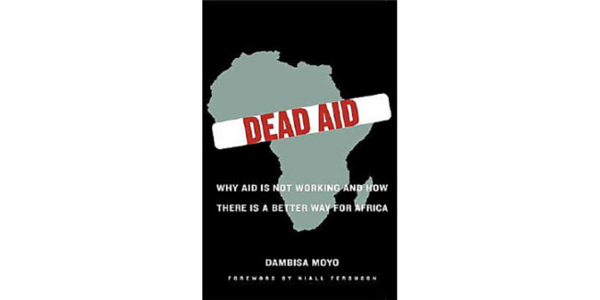 "In Dead Aid, Dambisa Moyo describes the state of postwar development policy in Africa today and unflinchingly confronts one of the greatest myths of our time: that billions of dollars in aid sent from wealthy countries to developing African nations has helped to reduce poverty and increase growth. In fact, poverty levels continue to escalate and growth rates have steadily declined—and millions continue to suffer. Provocatively drawing a sharp contrast between African countries that have rejected the aid route and prospered and others that have become aid-dependent and seen poverty increase, Moyo illuminates the way in which overreliance on aid has trapped developing nations in a vicious circle of aid dependency, corruption, market distortion, and further poverty, leaving them with nothing but the “need” for more aid. Debunking the current model of international aid promoted by both Hollywood celebrities and policy makers, Moyo offers a bold new road map for financing development of the world’s poorest countries that guarantees economic growth and a significant decline in poverty—without reliance on foreign aid or aid-related assistance." Dead Aid: Why Aid Is Not Working and How There Is a Better Way for Africa

4. More than Good Intentions by Dean Karlan and Jacob Appel 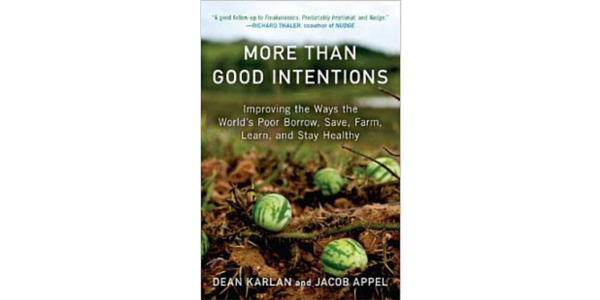 "American individuals and institutions spent billions of dollars to ease global poverty and accomplished almost nothing. At last we have a realistic way forward. Presenting innovative and successful development interventions around the globe, Dean Karlan and Jacob Appel show how empirical analysis coupled with the latest thinking in behavioral economics can make a profound difference. From Kenya, where teenagers reduced their risk of contracting AIDS by having more unprotected sex with partners their own age, to Mexico, where giving kids a one-dollar deworming pill boosted school attendance better than paying their families to send them,More Than Good Intentions reveals how to invest those billions far more effectively and begin transforming the well-being of the world." More Than Good Intentions: Improving the Ways the World's Poor Borrow, Save, Farm, Learn, and Stay Healthy

5. Development as Freedom by Amartya Sen 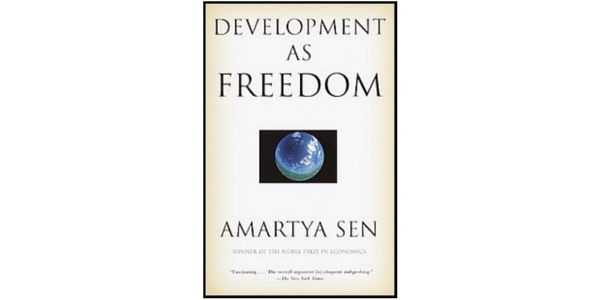 "Amartya Sen won the 1988 Nobel Prize in Economics, and has now introduced an essential and paradigm-altering framework for understanding economic development - for both rich and poor - in the twenty-first century. Freedom, Sen argues, is both the end and most efficient means of sustaining economic life and the key to securing the general welfare of the world's entire population. Releasing the idea of individual freedom from association with any particular historical, intellectual, political, or religious tradition, Sen clearly demonstrates its current applicability and possibilities. In the new global economy, where, despite unprecedented increases in overall opulence, the contemporary world denies elementary freedoms to vast numbers--perhaps even the majority of people--he concludes, it is still possible to practically and optimistically restain a sense of social accountability." Development as Freedom

6. The End of Poverty by Jeffrey Sachs 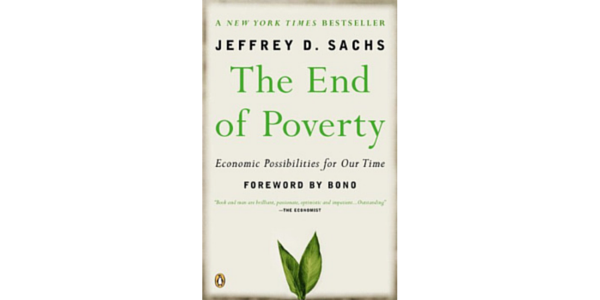 "Rather than deliver a worldview to readers from on high, Sachs leads them along the learning path he himself followed, telling the remarkable stories of his own work in Bolivia, Poland, Russia, India, China, and Africa as a way to bring readers to a broad-based understanding of the array of issues countries can face and the way the issues interrelate. He concludes by drawing on everything he has learned to offer an integrated set of solutions to the interwoven economic, political, environmental, and social problems that most frequently hold societies back. In the end, he leaves readers with an understanding, not of how daunting the world’s problems are, but how solvable they are—and why making the effort is a matter both of moral obligation and strategic self-interest. A work of profound moral and intellectual vision that grows out of unprecedented real-world experience,The End of Poverty is a road map to a safer, more prosperous future for the world." The End of Poverty: Economic Possibilities for Our Time 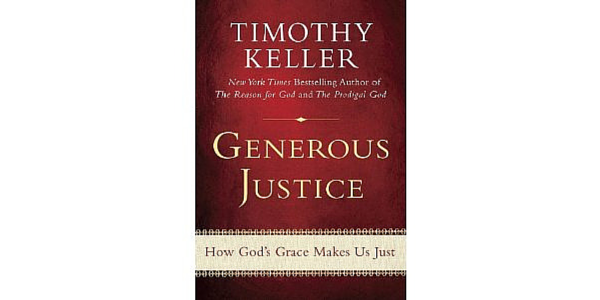 "It is commonly thought in secular society that the Bible is one of the greatest hindrances to doing justice. Isn’t it full of regressive views? Didn’t it condone slavery? Why look to the Bible for guidance on how to have a more just society? But Timothy Keller challenges these preconceived beliefs and presents the Bible as a fundamental source for promoting justice and compassion for those in need. In Generous Justice, he explores a life of justice empowered by an experience of grace: a generous, gracious justice. This book offers readers a new understanding of modern justice and human rights that will resonate with both the faithful and the skeptical." Generous Justice: How God's Grace Makes Us Just 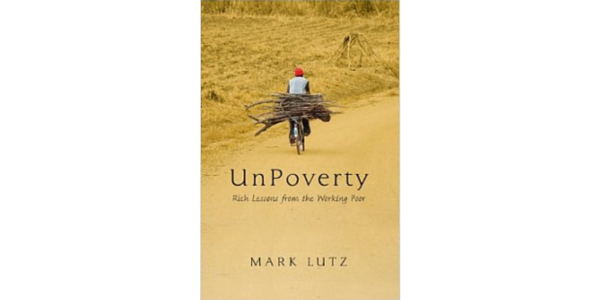 "The poorest people in the world do not just survive--they thrive lavishly. They enjoy rich family relationships, build vibrant communities and exude deep faith. They have much to teach us about life and inspire us with their ingenuity, persistence, generosity and self-reliance. Mark Lutz has visited families living in cardboard huts, hiked dusty paths to isolated African villages, and tiptoed across putrid open sewers on makeshift bridges. UnPoverty relays those astonishing encounters with unforgettable people: desperately poor, yet abundantly rich. When we hear about the billions of people living on a few dollars a day, do we visualize what that means? These stories put individual faces on unimaginable statistics and bring their reality to life. You may even see yourself in them." UnPoverty: Rich Lessons from the Working Poor

9. The Bottom Billion by Paul Collier 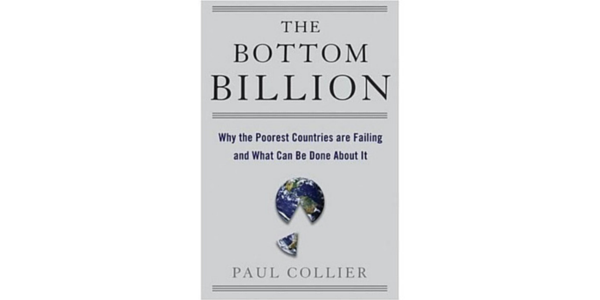 "In the universally acclaimed and award-winning The Bottom Billion, Paul Collier reveals that fifty failed states--home to the poorest one billion people on Earth--pose the central challenge of the developing world in the twenty-first century. The book shines much-needed light on this group of small nations, largely unnoticed by the industrialized West, that are dropping further and further behind the majority of the world's people, often falling into an absolute decline in living standards. Collier has spent a lifetime working to end global poverty. In The Bottom Billion, he offers real hope for solving one of the great humanitarian crises facing the world today." The Bottom Billion: Why the Poorest Countries are Failing and What Can Be Done About It

10. Portfolios of the Poor by Daryl Collins, et. al. 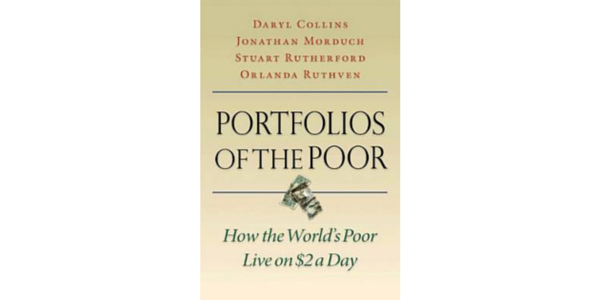 "Nearly forty percent of humanity lives on an average of two dollars a day or less. If you've never had to survive on an income so small, it is hard to imagine. How would you put food on the table, afford a home, and educate your children? How would you handle emergencies and old age? Every day, more than a billion people around the world must answer these questions.Portfolios of the Poor is the first book to systematically explain how the poor find solutions to their everyday financial problems." Portfolios of the Poor: How the World's Poor Live on $2 a Day 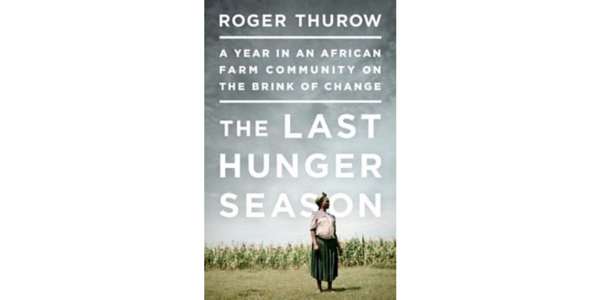 "Africa’s smallholder farmers, most of whom are women, know misery. They toil in a time warp, living and working essentially as their forebears did a century ago. With tired seeds, meager soil nutrition, primitive storage facilities, wretched roads, and no capital or credit, they harvest less than one-quarter the yields of Western farmers. The romantic ideal of African farmers––rural villagers in touch with nature, tending bucolic fields––is in reality a horror scene of malnourished children, backbreaking manual work, and profound hopelessness. Growing food is their driving preoccupation, and still they don’t have enough to feed their families throughout the year. The wanjala––the annual hunger season that can stretch from one month to as many as eight or nine––abides.The daily dramas of the farmers’ lives unfold against the backdrop of a looming global challenge: to feed a growing population, world food production must nearly double by 2050. If these farmers succeed, so might we all." The Last Hunger Season: A Year in an African Farm Community on the Brink of Change

I want to learn more about ending global poverty.

Discover how Opportunity empowers people to work their way out of poverty.

Thank you for signing up to learn more about global poverty and development. We are excited to share news and updates with you.