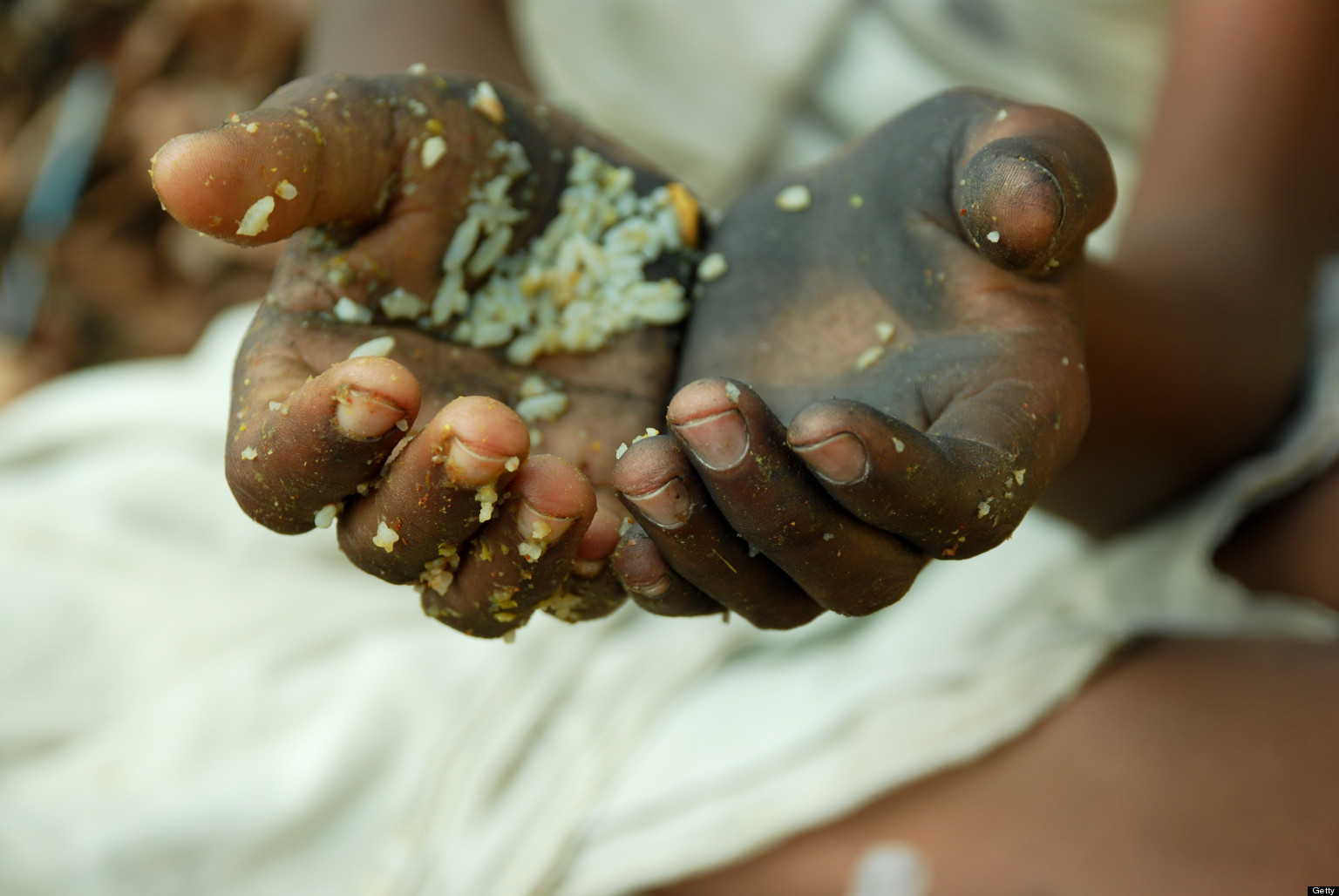 Undernourishment or Chronic Hunger is a state, lasting for at least one year, of inability to acquire enough food, defined as a level of food intake insufficient to meet dietary energy requirements. This means that 1 in 6 people are hungry. 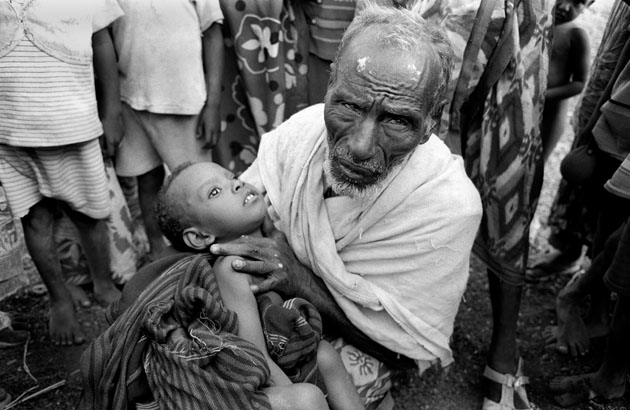 Extreme poverty means that all of these people are deprived of their basic human needs, such as food, safe drinking water, sanitation, education, information, health, and shelter 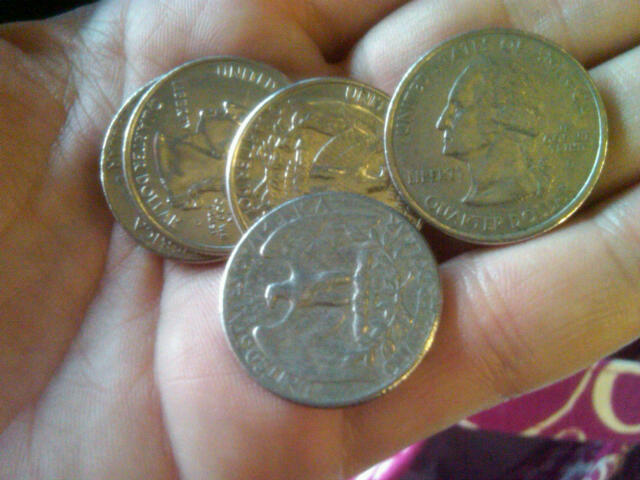 More than a billion people live on less than $1.25 a day, which totals to $8.75 a week. This means that people in poverty can only spend $455 a year, whereas the average American spends $7,852 a year on food alone. This low amount of $1.25 a day could not even buy you one gallon of milk at market price. 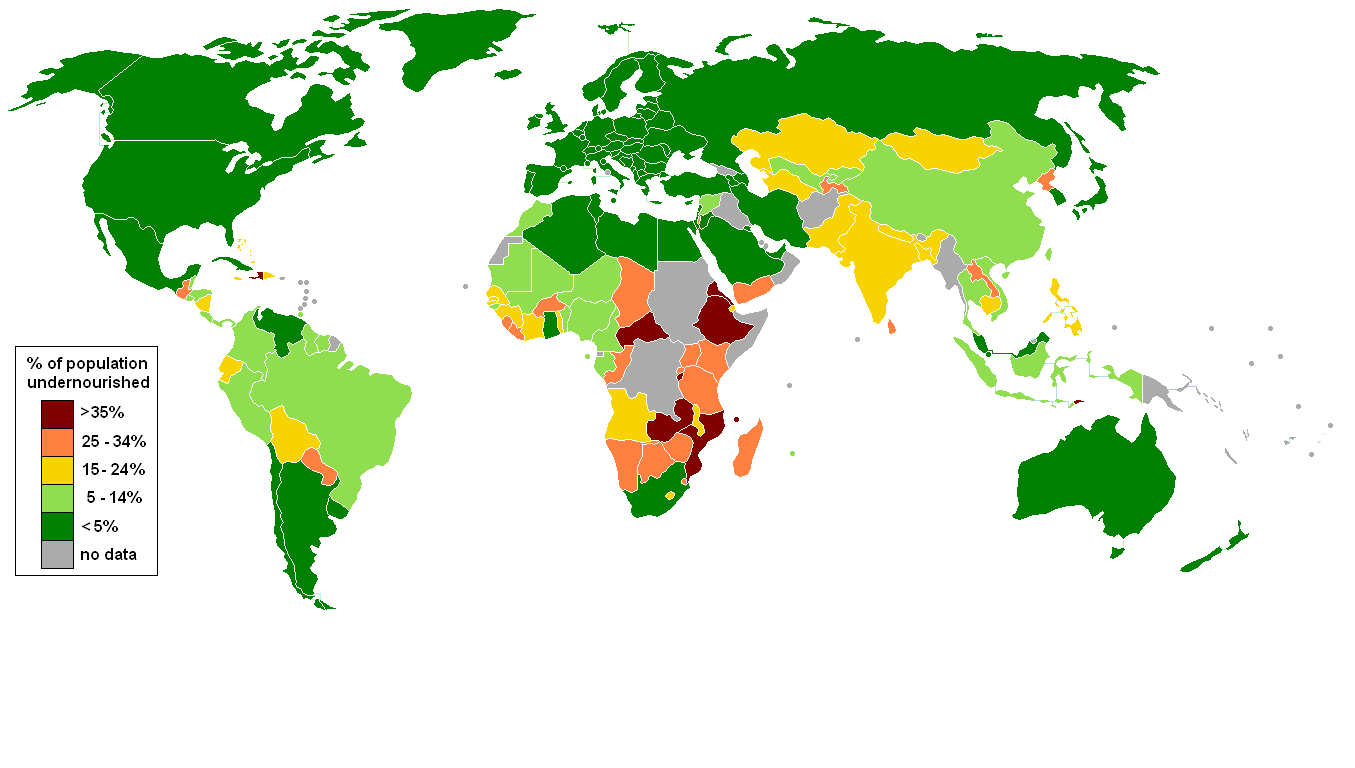 As the largest and most populated continent, Asia is home to approximately 4.427 billion people. Unfortunately, more than 550 million people part of that population suffers from hunger. 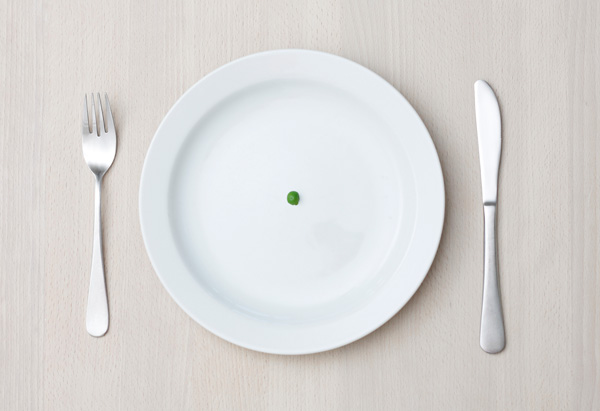 A healthy amount of calories is 2,100, however, most people who are chronically hungry eat even less than 1,800 calories a day . For example, in Ethiopia, a child will only receive one piece a day of Injera, a traditional Ethiopian bread, which only has 166 calories and no nutritional value.

6. Hunger is the cause of 45% of all children’s deaths 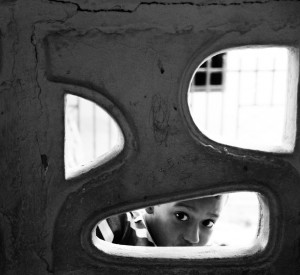 Each year, 3.1 million children die from hunger-related causes, which include diarrhea and malnutrition. Every 10 seconds a child dies from hunger

7. More than 99 million children under age five are still undernourished and underweight 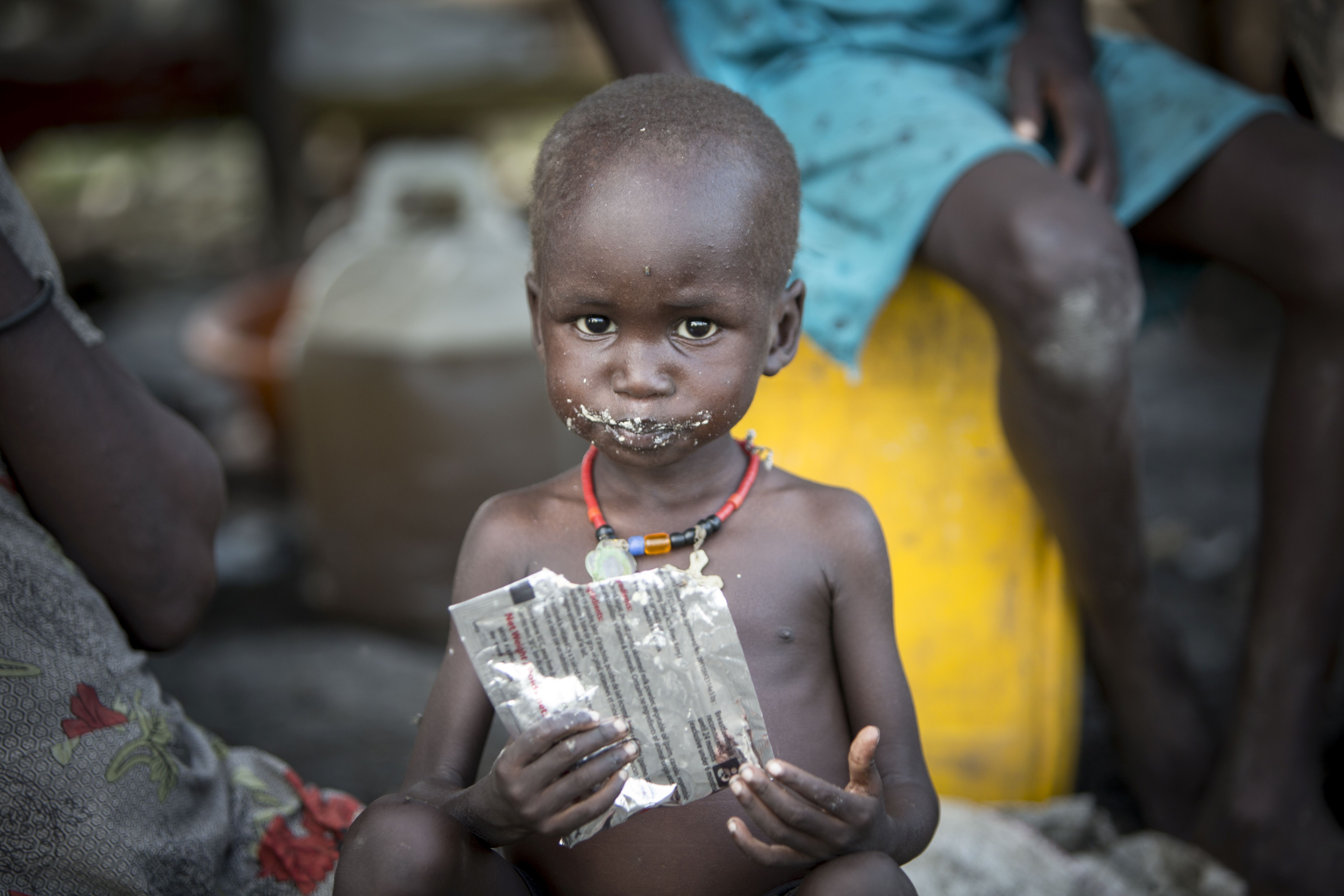 As a result of hunger, children are introduced to poor health, low levels of energy, and reductions in mental functioning. Hunger can lead to even greater poverty by reducing people's ability to work and learn.

8. Almost ¼ of India is undernourished 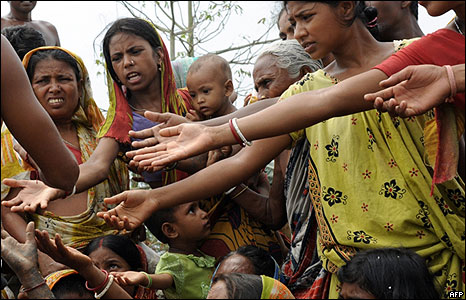 India has a population of 1.1 billion, and 230 million of those people are undernourished. This makes India the hunger capital of the world. The prevalence of underweight children in India is among the highest in the world.

9. Rising global food prices will cause 1.5 million more children to be undernourished. 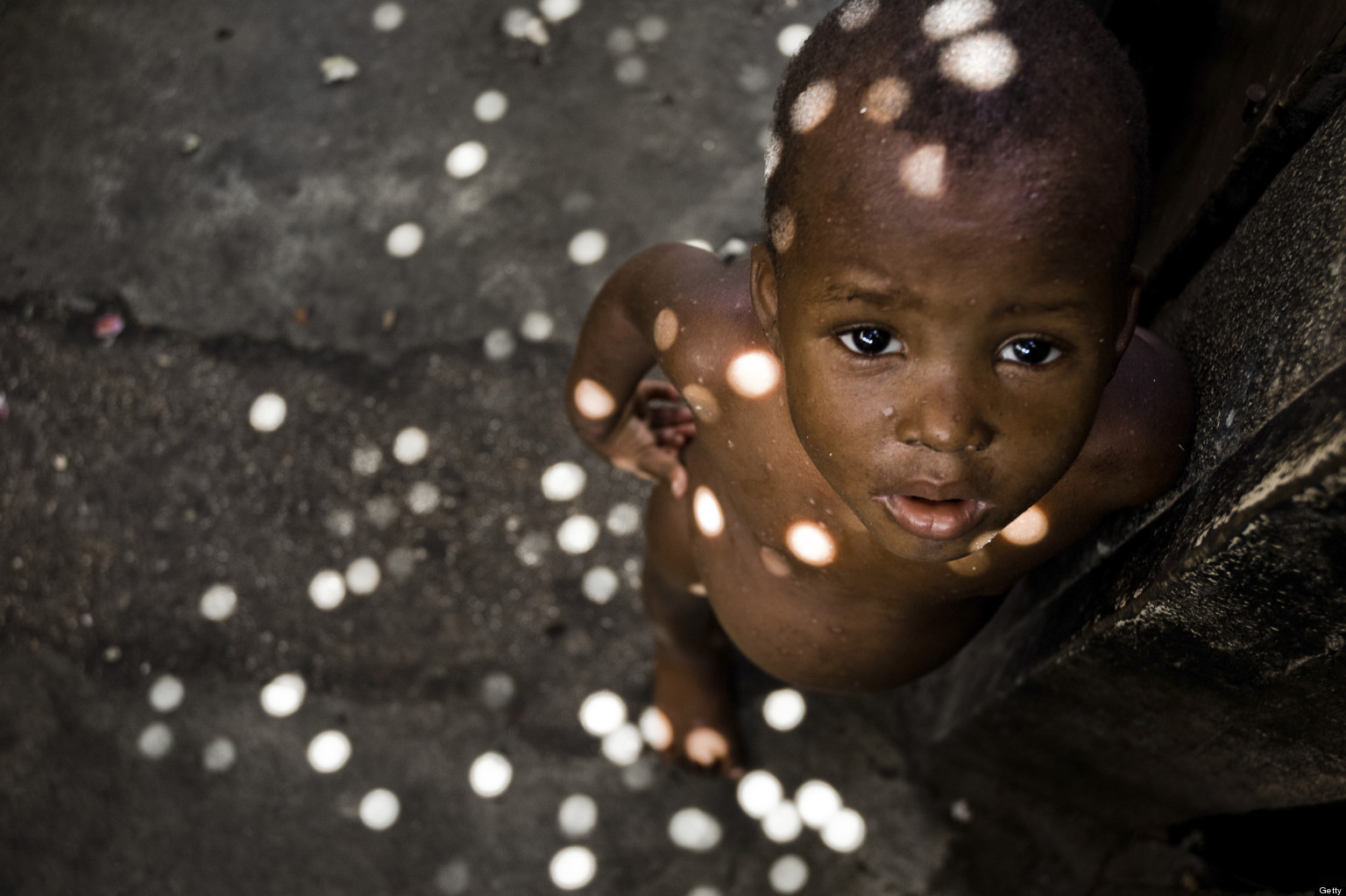 These rising prices are caused by the increase demand for food by the continually growing population and the under investment in agriculture. This demand takes away the only food source for those in need. 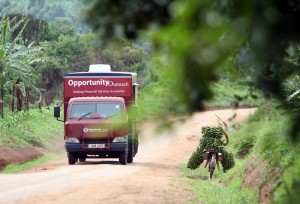 However, there's still so much more we can do. Opportunity is actively helping to end global hunger by providing a way of income through micro loans.

I WANT TO LEARN MORE ABOUT ENDING WORLD HUNGER

Discover how Opportunity International empowers people to put food on their table and work their way out of poverty.

Thank you for signing up to learn more about ending World hunger. We are excited to share news and updates with you!