Walking into José Mana’s three-story bakery, you are greeted with the smell of cakes baking and dough mixing. Cakes line the tables and women and men busily swarm around frosting and packaging and carrying supplies. Two industrial ovens run 15 times a day, baking 15 sheet cakes at a time each. And on any given day, the shop at the front of the bakery sells over 600 items to its many customers.

Twelve years ago, José and his ex-wife began selling baked goods from a small stall on the street in their community of Lucero Bajo in southern Bogota. For eight years, they worked to build their business, selling more and more cakes and treats each year. Finally, four years ago, the two purchased a store front and began baking in the back of the building and selling from the front. The same year, they welcomed their son – celebrating both familial and company accomplishments.

José taught himself to bake and uses his own recipes – preparing popular treats like cheesecake and cream puffs. He is committed to preparing the highest quality products, choosing the best ingredients instead of trying to save money with poor-quality inputs. And now, he is extending his expertise to others by training new bakers. He has hired 8 employees, none of whom knew anything about the baking industry before coming under José’s tutelage, all of whom were eager to work hard and learn. Now, they wake up early to mix flour and eggs and sugar, preparing the many recipes they have learned from their boss and trainer. 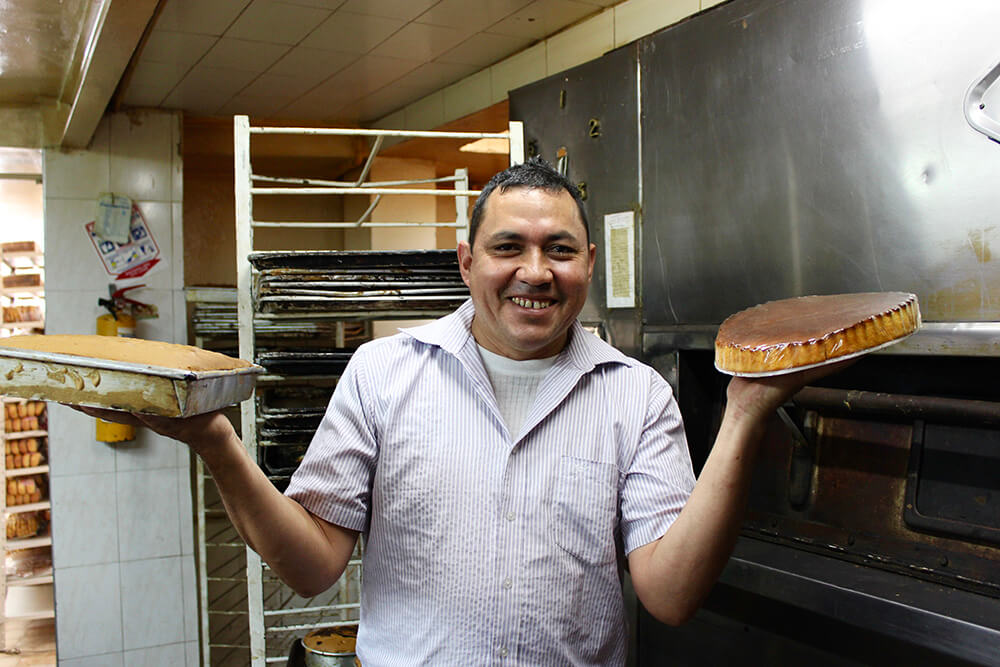 José learned about Opportunity International and received his first loan to install an elevator to carry ingredients from the first to the third floor. Since then, he has continued to work with Opportunity, taking loans for additional machinery including a plastic sealer to package goods for delivery. Now, he has bigger dreams than ever. His team is building a new room to prepare artisanal cakes on the third floor, and he is always hoping for new tools and equipment to make their work easier.

Thanks to the success of his business, José is a well-respected leader in his community. And his pastel de queso receives rave reviews!